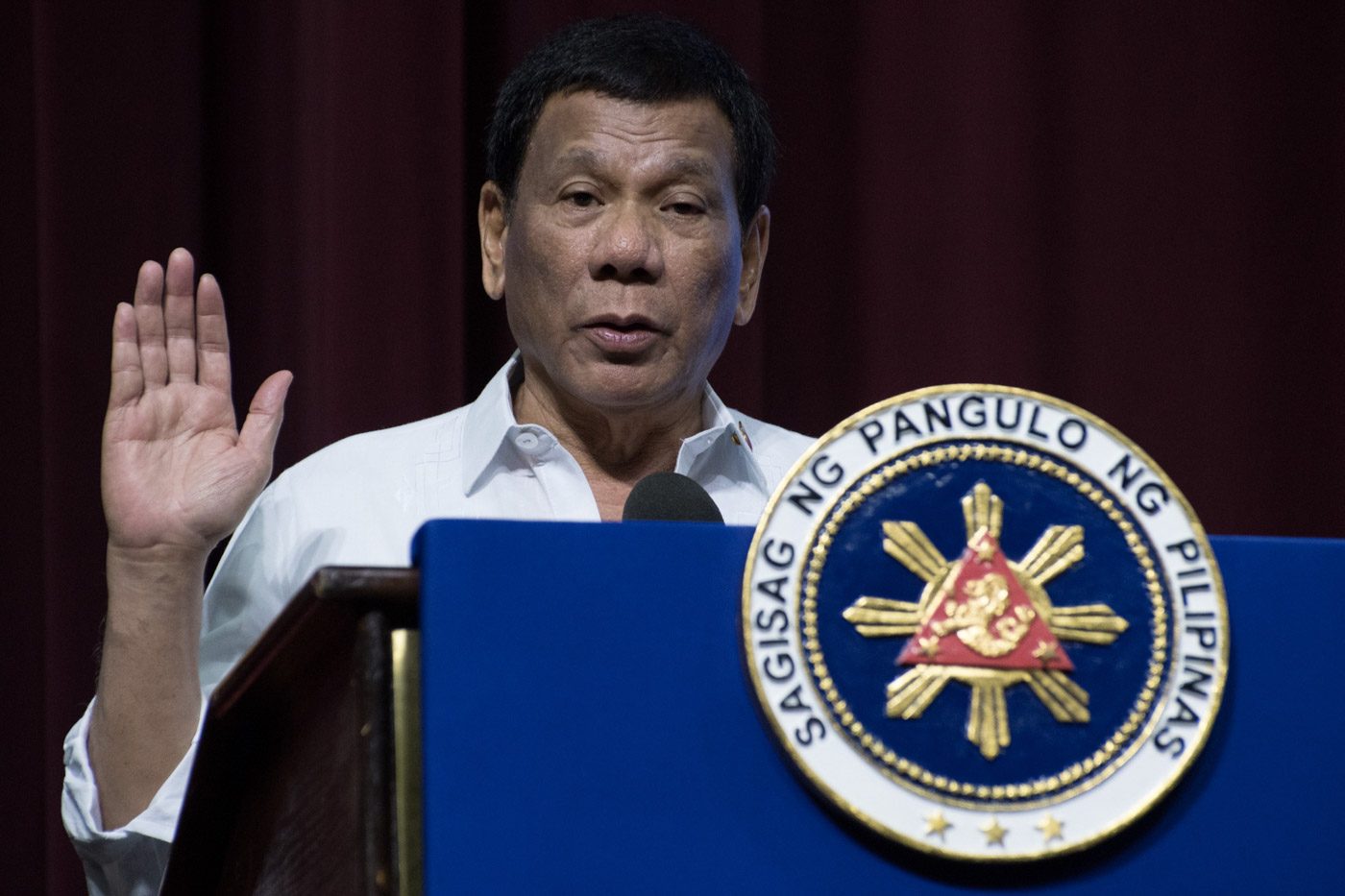 Facebook Twitter Copy URL
Copied
If there will be further delays, President Duterte warns he'll invite interested parties to submit their position papers to him, and he will make his choice in 'about 30 minutes'

MANILA, Philippines (UPDATED) – Frustrated with the delays in the government naming the country’s 3rd telecommunications player, President Rodrigo Duterte said he himself will name the player if no decision is made in November.

“Maybe late, early November ‘pag wala pa, I’ll take over. Ilagay ko ‘yan sa Office of the President (OP) and I will invite all dito negosyante, and I will decide in front of them, kung sino,” Duterte said during a live interview with Chief Presidential Counsel Salvador Panelo  on Tuesday, September 11.

(Maybe late, early November, if there’s no decision yet, I’ll take over. I’ll place it under the Office of the President and I will invite all the businessmen here, and I will decide in front of them, who it will be.)

The Department of Information and Communications Technology (DICT) is aiming for December of this year to name the bid winner.

The President said he would choose the “best” entity with no history of “breakdowns.”

Panelo had asked for Duterte’s reaction to claims by entities hoping to become the 3rd player that the National Telecommunications Commission (NTC) was imposing more and more requirements just to delay the selection.

Duterte, who said he would place the selection process under the OP if he was forced to take over the choice, elaborated on how he would make the decision on the 3rd telco player.

“Give me your position papers. I’ll read it, give me about 30 minutes then I’ll come back and tell them. I will decide. ‘Yun na at ibigay na ‘yung linya (That’s it and the line will be given),” he said.

Asked to comment on the President’s warning, DICT chief Eliseo Rio Jr said he too had said on previous occasions “that we will have a third telco before Christmas.”

“The ball is now at the hands of NTC, and with this deadly deadline of the President, DICT will make sure that this happens,” Rio said.

Seven entities are interested in becoming the country’s 3rd telecommunications network provider. They have submitted their comments on the proposed selection criteria.

Duterte had said that he wanted the next player to be up and running by the first quarter of 2018. – With a report from Ralf Rivas / Rappler.com