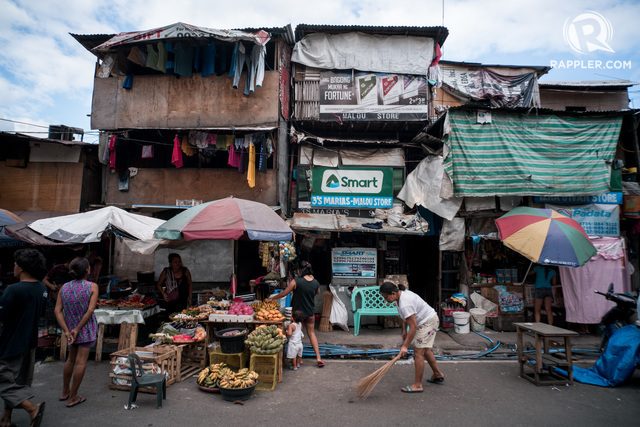 MANILA, Philippines – Socioeconomic Planning Secretary Ernesto Pernia asserted that the Philippines is poised to climb to a higher income band despite headwinds in the economy.

In an economic briefing on Tuesday, September 18, Pernia said the Philippines will be an upper-middle income country by 2019.

According to the World Bank, upper middle-income economies are countries that have a gross national income (GNI) per capita between $3,956 and $12,235.

GNI is a measurement of a country’s income, which takes into account the income of residents and businesses.

The Philippines is currently under the lower-middle income band along with Vietnam, Sri Lanka, and Indonesia.

Should Pernia’s statement be realized, the country would join the ranks of China, Thailand, and Malaysia.

Pernia made the pronouncement amid high inflation, a wide fiscal and current account deficit, and an eroded Philippine peso.

“We should look at the strengths of the economy,” said Finance Secretary Carlos Dominguez III, after being asked to comment on the country’s economic woes.

Dominguez remains optimistic despite the country’s inflation rate jumping to 6.4% in August, trade deficit swelling by over 171%, fiscal deficit jumping by 36% in July, and the peso trading at the P54 level against the dollar.

He explained that the country has good revenue and a good credit rating, and the budget deficit is still within target.

“We have a lot of headroom in managing the fiscal deficit,” Dominguez said.

He also reiterated that August’s “surprise” inflation must not be seen as a “structural infirmity.”

“We get distracted by the cloud, but do not appreciate the rainbow,” Dominguez added.

“I think that represents a kind of detachment, at worst callousness, to the plight of many people,” De Dios said in a Rappler Talk interview.

“We are coming from an era of low inflation. This rise, very sudden, really hits people.” – Rappler.com