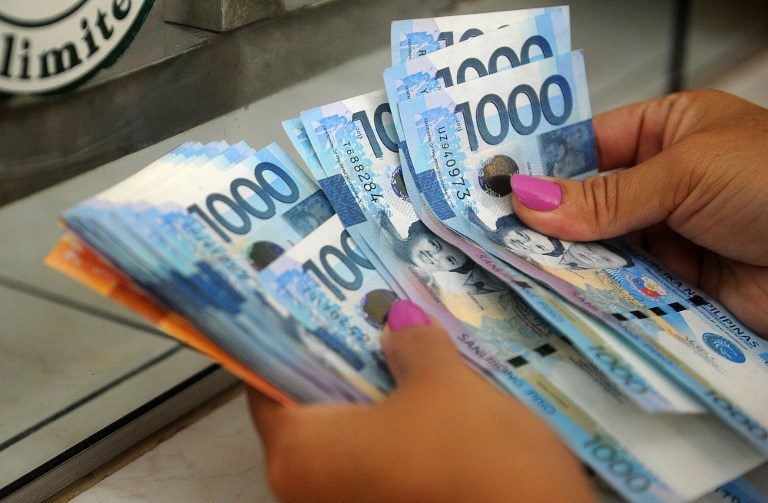 Facebook Twitter Copy URL
Copied
The Philippine peso closes at P54.31 against the US dollar on Tuesday, September 25

MANILA, Philippines – The Philippine peso continued to weaken, closing at P54.31 against the United States dollar on Tuesday, September 25.

The local currency was weaker from the P54.23 closing level on Monday, September 24.

Tuesday’s level was also the weakest since the peso closed at P54.42 against the greenback on November 22, 2005.

Meanwhile, all counters in the local bourse were in the red.

All sub-indices were also in the red, with the property sector leading the decline as it fell by 2.4%.

The bloodbath occurred days ahead of an expected interest rate hike by the Bangko Sentral ng Pilipinas and stubbornly high inflation of 6.4% in August. (READ: EXPLAINER: How inflation affects you) – Rappler.com