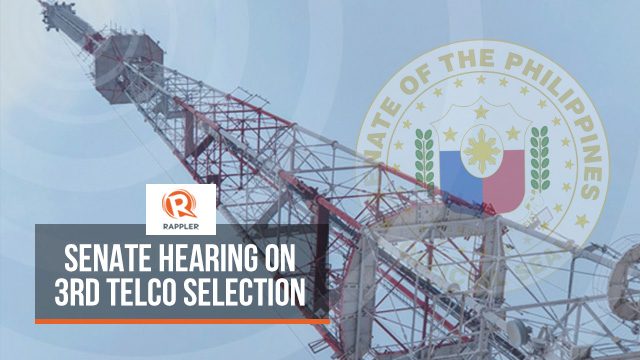 MANILA, Philippines – The Senate committee on public services will hold a hearing on Monday, October 22, to tackle the government’s selection of the country’s third major telecommunications player.

The third major telco player is expected to be chosen in November, according to the Department of Information and Communications Technology.

“We need to have meaningful competition in public utilities like telecommunications that will translate to lower costs and better service,” said Senator Grace Poe, chairperson of the Senate committee on public services, in a statement on Sunday, October 21.

A total of 5 local and 3 foreign firms vying to be the third telco player bought bid documents.

The local ones are:

The foreign ones include:

They are challenging the duopoly of telco giants Globe Telecom and Smart Communications. – Rappler.com