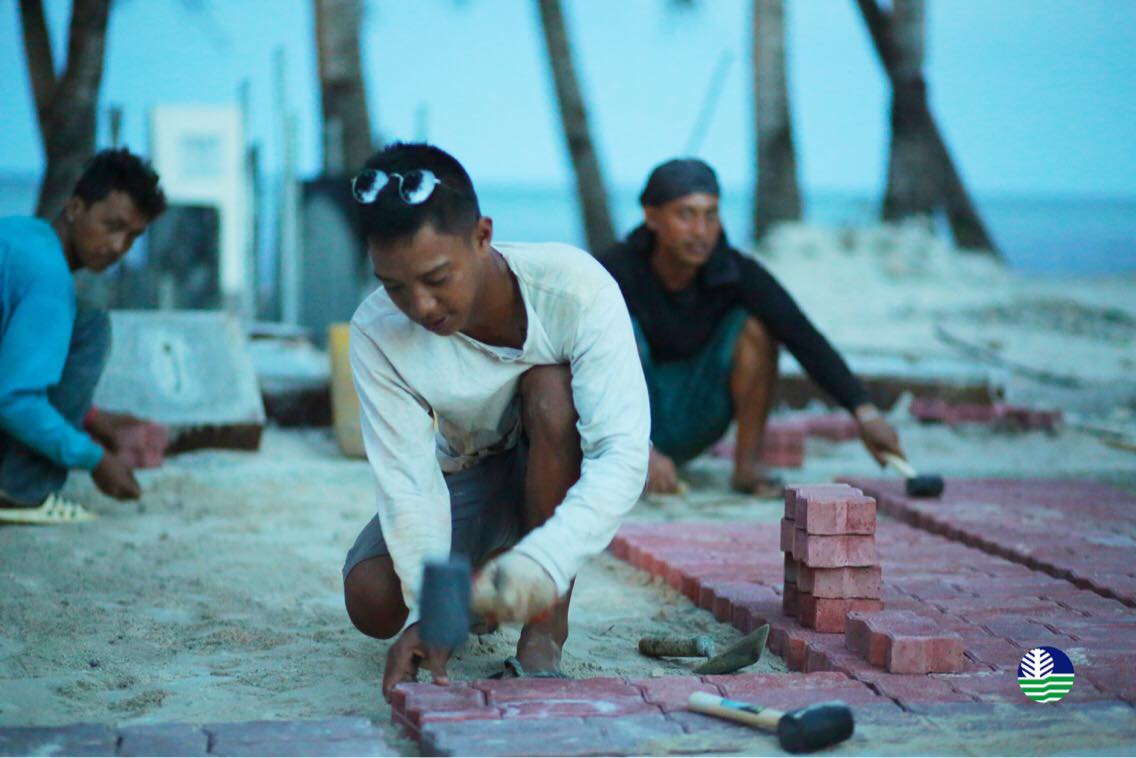 MANILA, Philippines – Disbursements for infrastructure and capital outlay continued to boost government spending in August at P68.4 billion, which is 70.5% or P28.3 billion higher than the previous year.

In its latest report on disbursements, the Department of Budget and Management (DBM) said P259 billion had been released for the month of August. This makes year-to-date spending at P2.19 trillion out of the P3.767-trillion national budget for 2018.

The increase is largely due to various public works, which include road widening and flood control. The purchase of military communication equipment also contributed to the spike in spending. 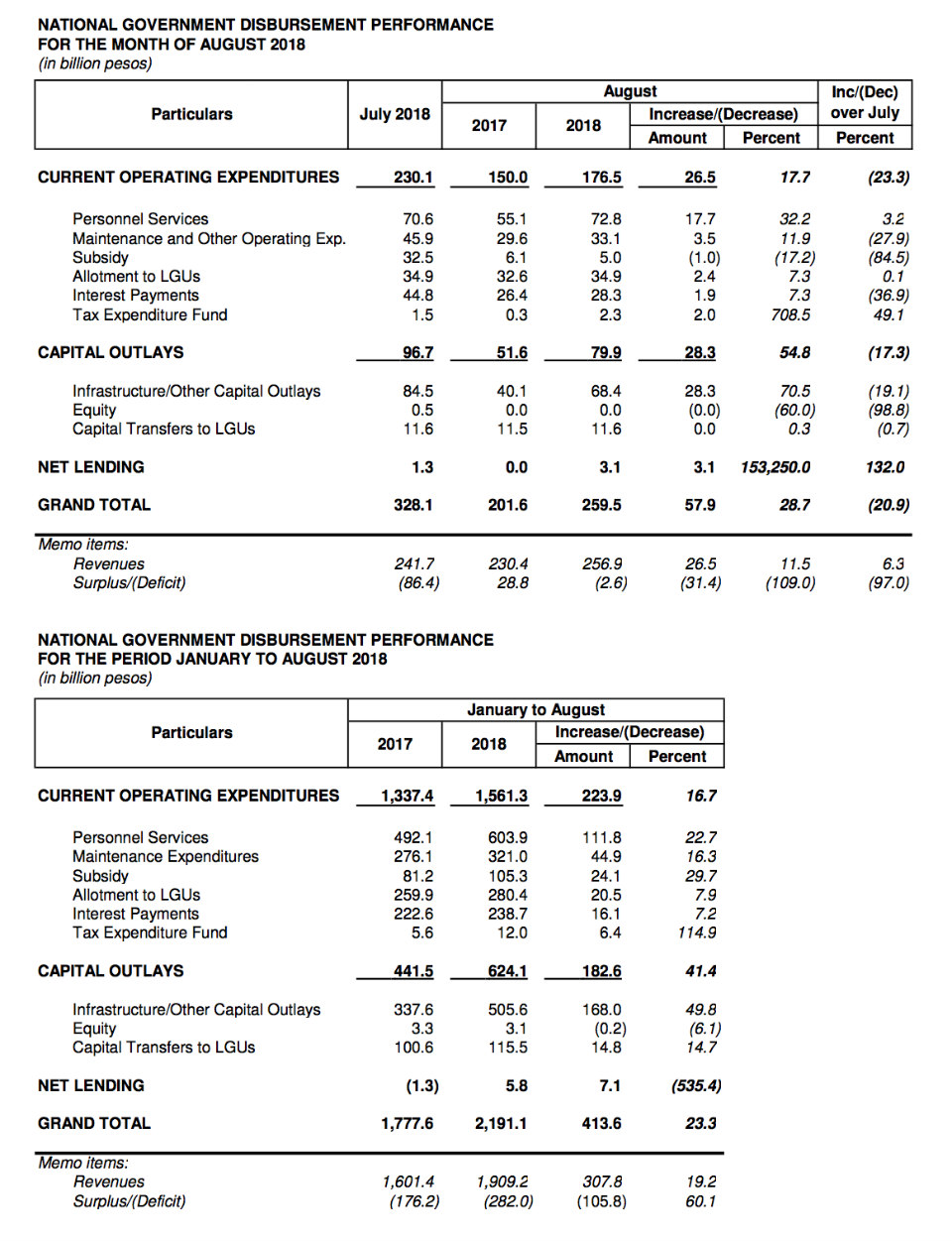 Disbursements for maintenance and other operating expenditures (MOOE) also grew by P3.5 billion to P33.1 billion, due to the operational expenses of the K to 12 program and net lending to the National Food Authority for the rice importation program.

For the last quarter of the year, the DBM said in a statement on Tuesday, October 23, that some P269.1 billion or 7.1% of the total national budget has yet to be released.

According to the DBM, the Department of Education has some of the big-ticket balances, which include allocations for the creation and filling of vacant positions, as well as the utilization of the educational facilities fund which will be implemented by the Department of Public Works and Highways.