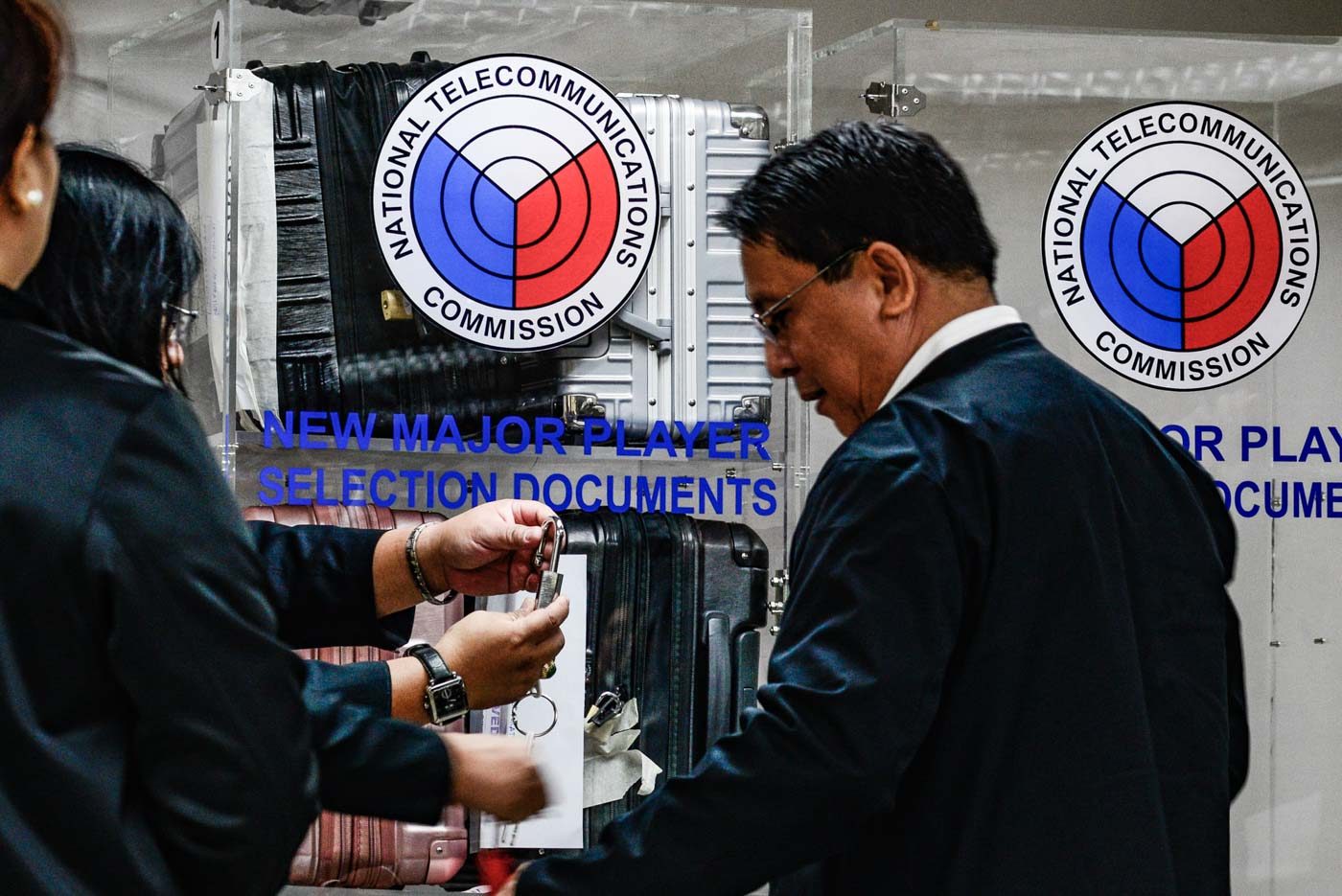 Facebook Twitter Copy URL
Copied
The bid documents of the Dennis Uy-China Telecom consortium are deemed qualified, while Sear Telecom and PT&T are both disqualified, which the two can still appeal

MANILA, Philippines – From 10 interested bidders, the race for the 3rd major telecommunications player slot only had 3 contenders in the end. Two, however, were disqualified, but still have the option to file appeals.

The consortium carried the Mislatel name for the bid. The documents came in pieces of rose gold and black luggage.

However, the selection committee said Sear Telecom is disqualified for lacking participation security, a document needed for the bid.

It has 3 days to file a motion for reconsideration regarding the matter.

According to the Securities and Exchange Commission, Sear Telecom was granted a congressional franchise back in 1998.

The third and last to submit was the Philippine Telegraph and Telephone (PT&T) Corporation.

But the selection committee also disqualified PT&T for not having a certification of technical capability.

It has 3 days to file a motion for reconsideration as well.

PT&T earlier filed a petition against some supposedly “unfair” provisions in the selection process.

But NOW Corporation investor relations head Juan Miguel Lopez said their lawyers advised them not to submit their bid due to a pending case against the NTC.

They are opposing the alleged “money-making” schemes in the terms of reference for the bidding.

Meanwhile, Pampanga-based businessman Dennis Anthony Uy of Converge ICT backed out from the bidding. Converge ICT was supposed to team up with Korea Telecom.

“The [new major player] is required to incur an inordinate amount of funds and carry out commitments at a pace that was not required of the current dominant service providers,” their statement reads.

“Moreover, a failure to comply is subject to penalties that are not even graduated to consider substantial compliance,” they added.

The selection committee is expected to name a provisional telco player within the day. – Rappler.com