Nov 13, 2018 4:30 PM PHT
Ralf Rivas
Facebook Twitter Copy URL
Copied
Sear and PT&T can still appeal the decision of the National Telecommunications Commission, but with a price tag of P10 million per appeal 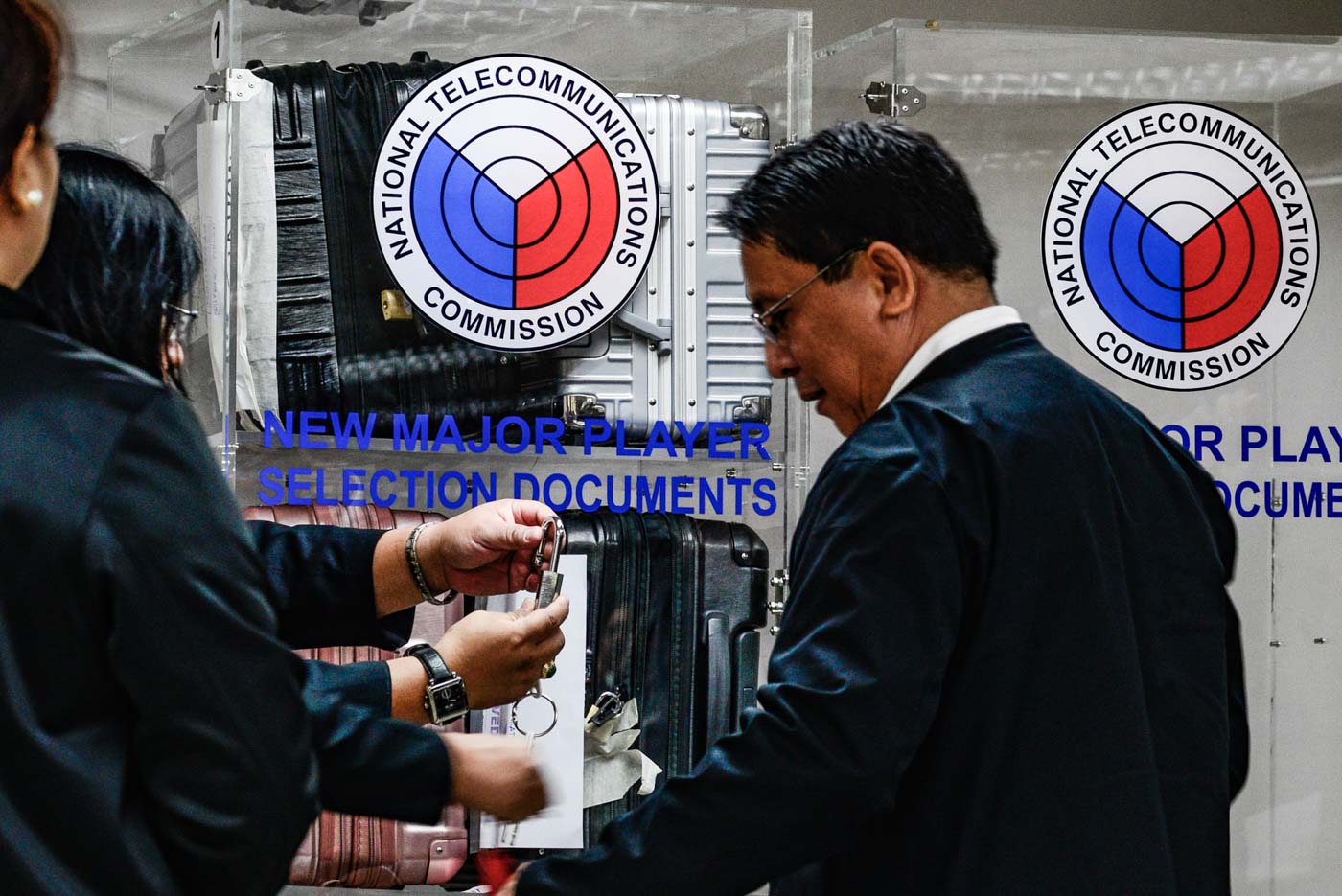 The NTC denied PT&T’s appeal for the issuance of a certification of technical capability and maintained that the company submitted incomplete documents.

The NTC issues such a certification if a company proves that it has been operating on a national scale for at least 10 years.

PT&T argued that it has been operating for over 50 years, but the NTC said it was only doing business in select regions.

It argued that Mindanao Islamic Telephone violated the rules of the NTC and the selection committee when it partnered with Udenna Corporation, Chelsea Logistics Holdings Corporation, and China Telecom to form Mislatel Consortium.

Sear said Mislatel has an exclusive contract with DigiPhil, a subsidiary of TierOne Communications, which is part of the Sear consortium.

“Unfortunately, the NTC [selection committee], in a rushed resolution, denied our motion, washed its hands and simplistically regarded our grounds as a private dispute – one that it had no jurisdiction to resolve,” the statement reads.

Sear added that the decision “unmasks the insensitivity and total lack of appreciation of the level of diligence required in meticulously choosing a new [major telco player].”

Mislatel also argued that the contract was only meant for “small projects” and not for the purpose of the 3rd telco player slot.

“While we are pursuing our action against Mislatel for its breach, we are still discussing and considering whether we will appeal the NTC’s denial of the two motions,” Sear lawyer Raoul Creencia said in a text message.

Under the NTC’s rules, a bidder whose motion for reconsideration was rejected can opt to appeal it at the cost of P10 million per appeal. – Rappler.com