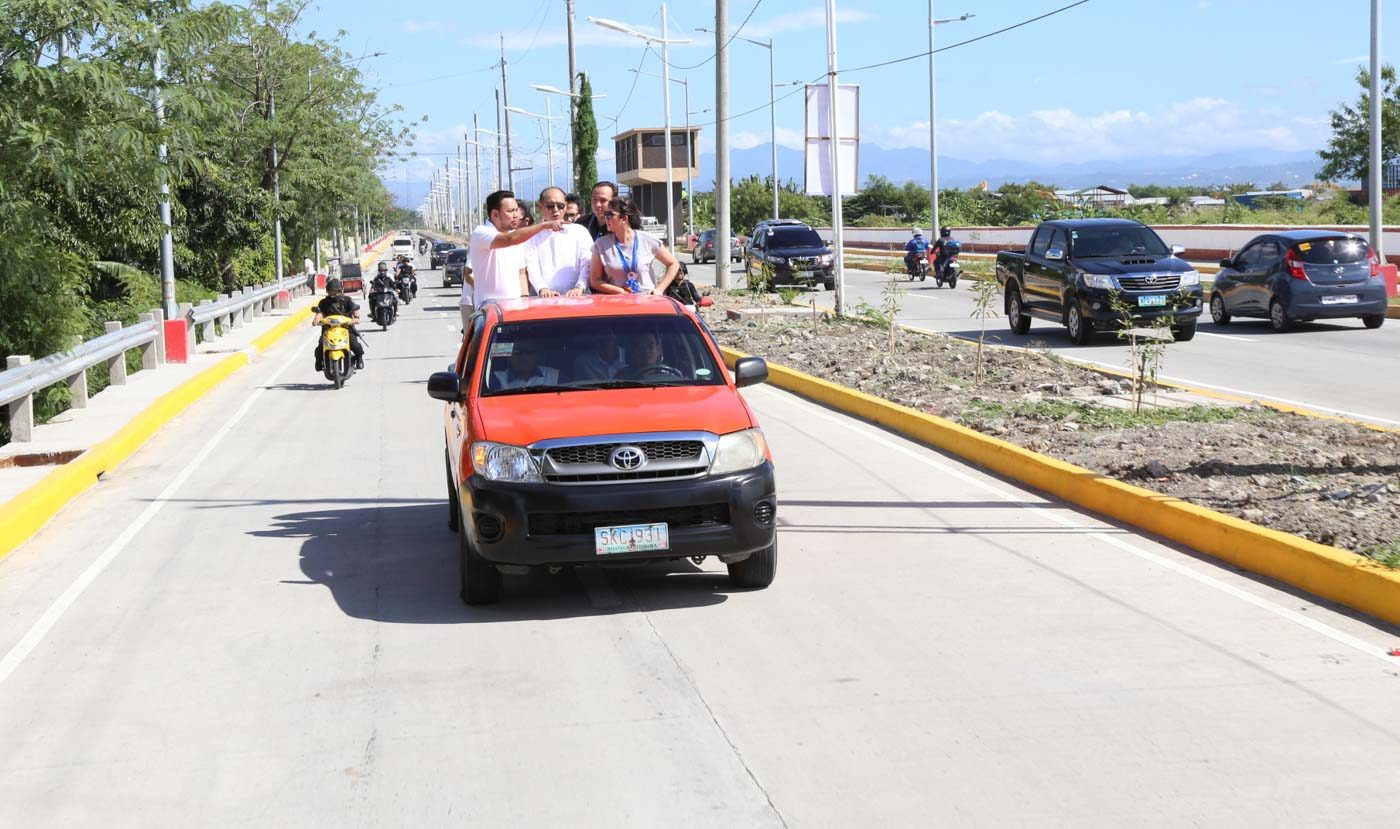 The Department of Public Works and Highways (DPWH) inaugurated the 6.94-kilometer highway on Thursday, November 15.

The highway, which used to be called C6, has two lanes in both directions.

It also features a 3-meter-wide bicycle lane and a 1.5-meter-wide sidewalk, making it “safer and more pleasant” not just for motorists but also for bikers and pedestrians, said the DPWH. (READ: Hits and misses of Duterte’s infrastructure push) The DPWH added that travel time from the eastern part of Metro Manila to the province of Rizal is expected to be reduced by half.

“We are happy to announce that this toll-free road will be able to cut travel time from Bicutan to Taytay and vice versa from an hour to just 30 minutes or less,” said Public Works Secretary Mark Villar.

Villar added that the Laguna Lake Highway can also be an alternative route for motorists who want to avoid traffic along EDSA and C5. (READ: Infrastructure push to generate P31 trillion – NEDA) – Rappler.com