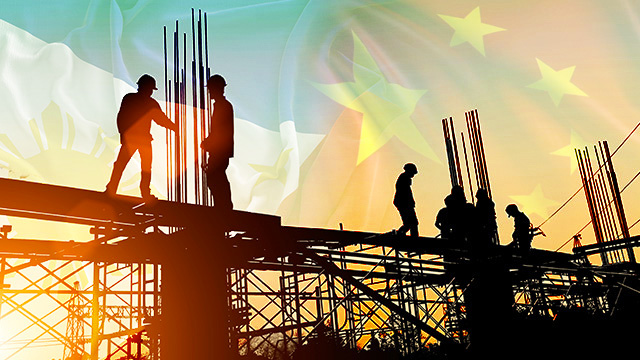 MANILA, Philippines – Some of the Philippines’ infrastructure projects got a boost following the two-day state visit of Chinese President Xi Jinping to Manila.

Both countries exchanged documents on a memorandum of understanding (MOU) for big-ticket projects in Davao City on Tuesday, November 20. (LIST: Deals signed during Xi Jinping’s trip to Philippines)

The MOU outlines the cooperation arrangements for the Davao City Expressway and Mindanao Railway projects.

The two are among the 75 major infrastructure projects under the Build, Build, Build program.

Of the 75 projects, 15 will be funded by China through official development assistance (ODA).

As of the latest count of the National Economic and Development Authority (NEDA), only 10 have started construction, 3 of which are China-funded.

The Philippines and China also exchanged an MOU that provides the framework for a feasibility study on financing for the Davao River Bridge, donation of x-ray machines and scanning technologies to the Bureau of Customs, and other projects to be agreed upon by the two governments.

Aside from these economic cooperation agreements, the Philippines and Bank of China also exchanged documents on the MOU providing a general framework for Panda bonds.

Panda bonds are bonds denominated in Chinese yuan renminbi (RMB) and sold in the Chinese market by a foreign issuer.

The government hopes to attract more Chinese money with these bonds.

The MOU covers the Philippines’ plan to return to the China Interbank Bond market in 2019, with a possible application for a multi-tranche RMB 6-billion bond issuance. – Rappler.com