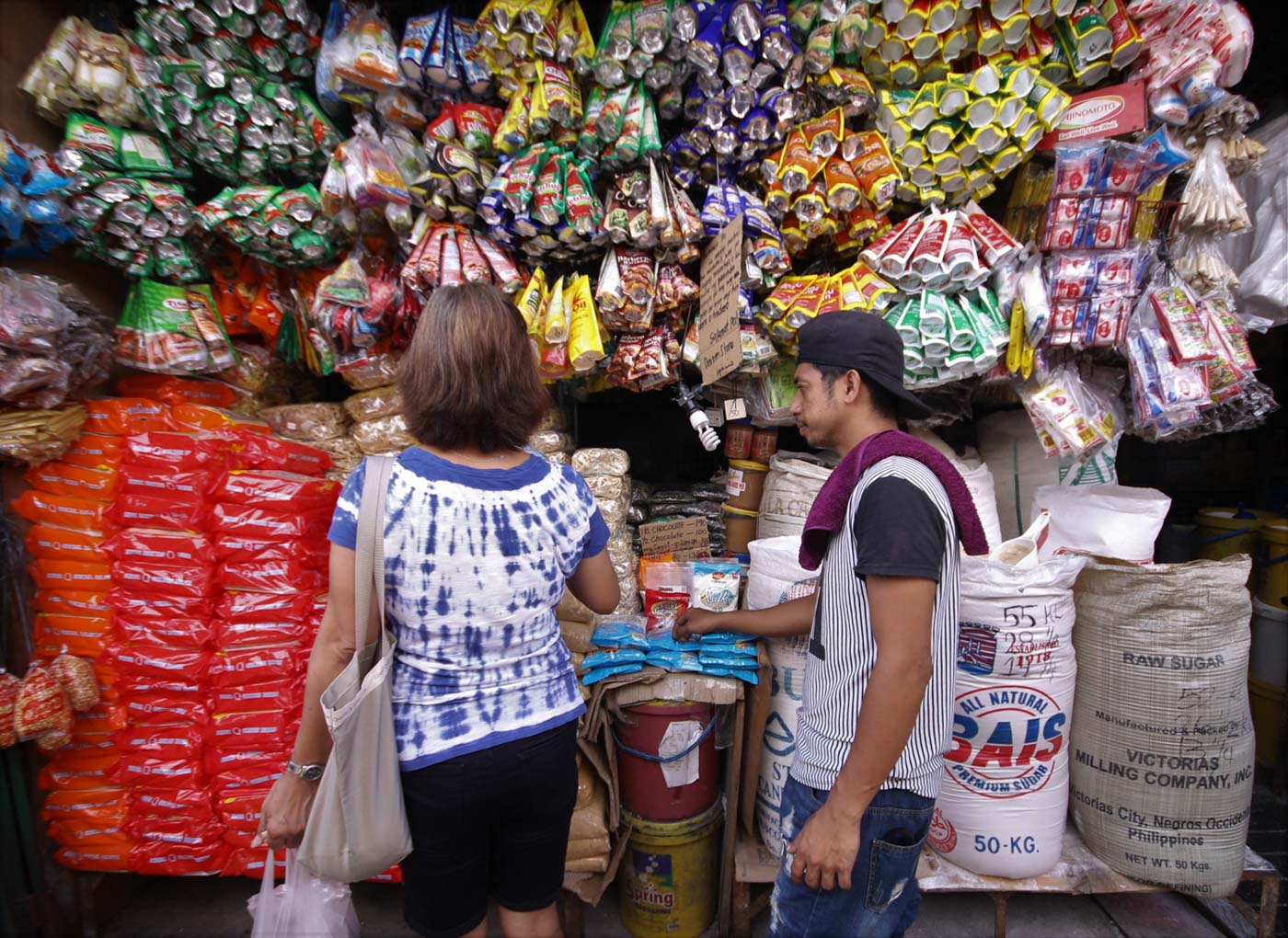 MANILA, Philippines (3rd UPDATE) – After climbing for 7 straight months, inflation or the increase in the prices of goods slowed down to 6% in November, the Philippine Statistics Authority (PSA) said on Wednesday, December 5.

The latest figure is 0.7 percentage points lower than October’s 6.7%.

Slowdowns in the annual increases were noted in the indices of food and non-alcoholic beverages at 8%; housing, water, electricity, gas, and other fuels at 4.2%; and communication at 0.4%.

Transportation cost retained its annual rate of 8.9%, same as in October.

November inflation was within the 5.8% to 6.6% projected range of the Bangko Sentral ng Pilipinas (BSP) and lower than the Department of Finance (DOF) forecast of 6.3%.

The BSP said the November inflation slowdown is “very encouraging.”

“For the first time we are seeing significant negative month-on-month growth after inflation plateaued at around 6.7%,” the BSP said.

Moreover, the central bank said inflation is heading back to the target range of 2% to 4%.

Both the DOF and the BSP earlier attributed the estimates to lower oil prices and stable rice supply conditions.

They also noted the Philippine peso’s strength as a factor in the improvement in the November figures.

Inflation in the National Capital Region (NCR) further decelerated to 5.6%, lower than the national average.

Likewise, the inflation rate in areas outside NCR slowed down to 6.2% in November compared to 6.8% in October.

All regions posted slower inflation rates except Central Luzon, which retained its October rate of 4.4%.

Bicol posted the highest annual increase of 8.9%, but this is already lower than October’s 9.9%.

This year, the BSP has delivered the strongest series of interest hikes in 10 years, raising interest rates by 175 basis points to combat inflation.

While inflation has tapered off in November, the rapid climb in the previous months already dented the Philippines’ economic growth.

The country’s gross domestic product in the 3rd quarter only hit a disappointing 6.1%, missing both market expectations and the government target of 7% to 8%. – Rappler.com