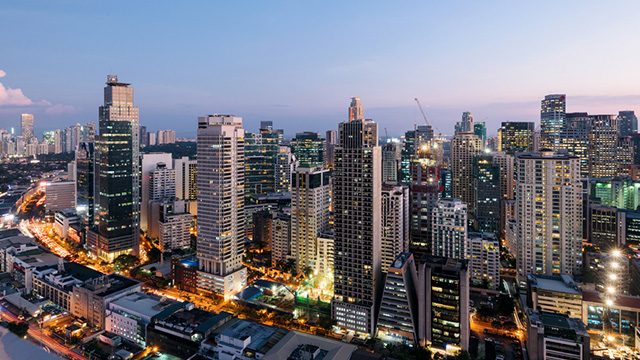 Facebook Twitter Copy URL
Copied
(UPDATED) While the GDP growth in 2018 misses the government's target, it does not come as a surprise to economists

MANILA, Philippines (UPDATED) – The country’s gross domestic product (GDP) growth inched up to 6.1% during the 4th quarter of 2018, the Philippine Statistics Authority announced on Thursday, January 24.

The growth for the 4th quarter is slightly higher than the revised 3rd quarter figure of 6%.

The main drivers of growth for the quarter were construction, trade and repair of vehicles and household goods, and other services.

Among the major economic sectors, industry had the fastest growth with 6.9%, followed by services (6.3%), and agriculture (1.7%).

Half full or half empty?

However, the low figure is not a surprise, as most economists polled by various media outlets expected the government to miss the mark.

Multilateral lenders like the Asian Development Bank and World Bank already downgraded their previous optimistic estimates months ahead of the actual announcement.

High inflation was the major factor cited for the downgrade.

Despite the miss, the government’s economic team insisted that the year-end figure was a “firm finish that cements the Philippines’ standing as one of the fastest-growing economies in Asia.”

“We are next to India, Vietnam, and China. From Q1 to Q3 of 2018, we overtook Indonesia and Thailand in terms of economic performance,” the economic managers added.

The economic team did note, however, that they were concerned about the slump in the manufacturing and agriculture sectors.

For the last quarter of 2018, manufacturing grew by only 3.2%, a deceleration from the 7.9% during the same period in 2017, due to weak business confidence and policy uncertainties.

“To remedy this, the government needs to first address the policy uncertainties, increase macro-competitiveness by enhancing the efficiency of transport, communications, and the overall logistics network,” the economic team said.

Agriculture slumped to 0.8% from a growth rate of 4% last year, with palay contracting at 1%. The economic team said that the sector needs “thorough and honest-to-goodness reform.”

They also said they will be monitoring downside risks such as the United States-China trade dispute.

The government and businesses use the GDP figures in their decision-making. It also gives investors a snapshot of an economy’s health. – Rappler.com