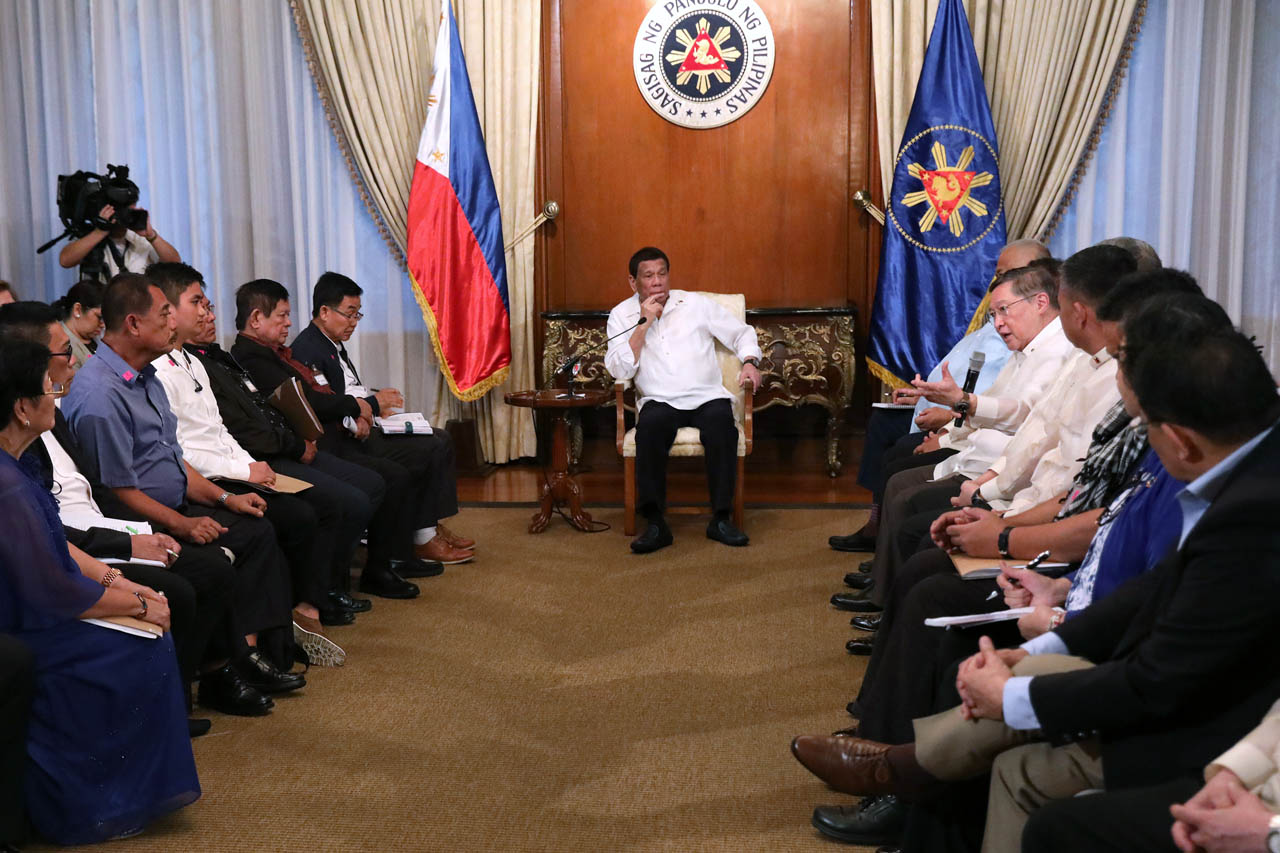 MANILA, Philippines – President Rodrigo Duterte gave rice industry stakeholders a chance to submit their suggestions on what should be changed in the rice tariffication bill before it is signed into law next week.

During the Palace briefing on Thursday, February 7, Presidential Spokesperson Salvador Panelo said the rice tariffication bill will most likely be signed soon “because he (Duterte) already came out with the position to the farmers.”

Duterte was supposed to meet with the rice industry stakeholders last Monday, February 4, but managed to give them an audience only on Wednesday evening, February 6, before a Cabinet meeting.

The stakeholders wanted to ask the President to veto certain provisions in the rice tariffication bill.

“He said that he wants the farmers and the rice stakeholders to be happy, and at the same time, also the government. So it’s a win-win situation,” Hernandez said.

He added that Duterte asked the stakeholders to write a letter listing down their proposed amendments so that he could “consider it” before signing the bill into law.

“We’re hoping that everything we suggest will be considered,” Hernandez said.

“But what he said, that the regulatory function [of the National Food Authority (NFA)], to regulate the rice, he does not want it because it will pave [the way for] corruption.” (READ: The alarming depletion of NFA rice under Duterte’s watch)

Despite this, Hernandez said that among the changes the stakeholders want to pursue is to retain the state grains agency’s current function as a regulating body.

“We want the NFA to [still] have the regulatory function, that there should still be NFA [rice] sold at P27 [per kilo]. If you remove that, around 10 million [poor] Filipinos will be deprived of rice,” he added.

Under the bill, the NFA’s role would be limited to maintaining buffer stocks in case of a rice shortage and providing rice to calamity-hit areas. The agency’s function to regulate and allow importation would be removed.

Confederation of Grains Retailers Association of the Philippines (Grecon) national spokesman Orly Manuntag also told Rappler in a separate phone interview that the bill as is may lead to the displacement of some 3.7 million farmers as they cannot compete with uninhibited rice importation.

Grecon was one of the stakeholders present during the meeting with Duterte and Finance Secretary Carlos Dominguez III.

“Now, Secretary Dominguez is countering that why bother about the few farmers when there are 105 million other Filipinos who will benefit [from the rice tariffication bill]?” Manuntag said in a mix of English and Filipino.

“If they stop farming because of the influx of imported rice and the rice millers insist on buying their grains at a lower price, then what will happen to our food security?”

The bill is set to lapse into law if unsigned by February 15, leaving rice stakeholders just one week to convince Duterte to at least veto some provisions.

Asked about their confidence in Duterte caving in to their requests, Manuntag said that if they fail to move the President, at least they tried their best.

“If it [lapses] into law, we can just repeal the law,” he added. – Rappler.com