Contract signed for EDSA side of MRT-LRT common station

Feb 13, 2019 6:10 PM PHT
Aika Rey
Facebook Twitter Copy URL
Copied
Common Area A, which will link the LRT1 and the MRT3, will be operational by October 2020, says the private builder 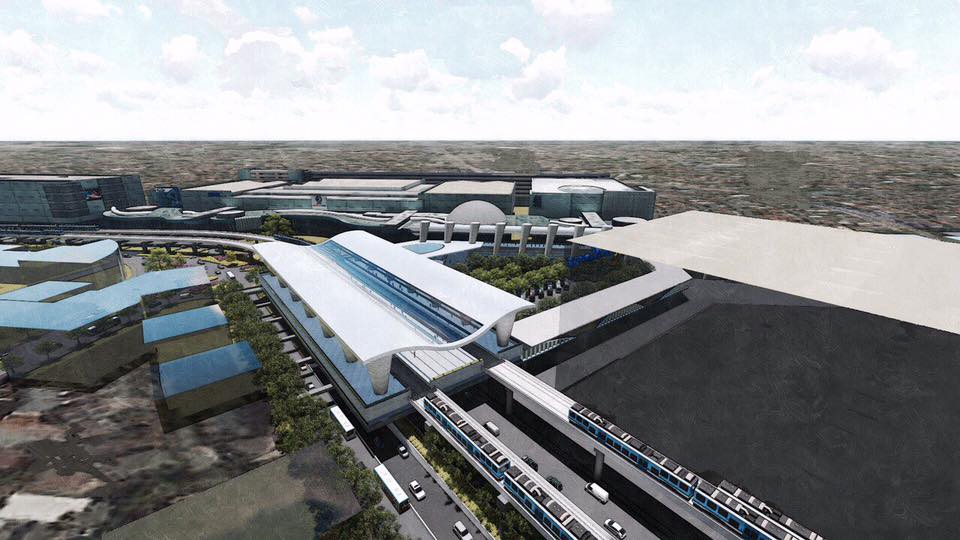 MANILA, Philippines – The Department of Transportation (DOTr) on Wednesday, February 13, inked an agreement with a private builder for the construction of the Metro Rail Transit and Light Rail Transit (MRT-LRT) common station’s Area A facing EDSA.

BF Corporation-FDSC Consortium will be building Area A, where the platform and the concourse for the LRT1 and MRT3 will be located. Batan said the contract amounts to about P2.8 billion.

Gomez said they target to complete Area A within 20 months or by October 2020.

Transfer from Area A to Area B will take roughly 35 seconds for the 48-meter distance, Batan said.

When will the Unified Grand Central Station be operational? Batan told reporters that they are eyeing full operations for the common station by the end of 2020.

Area B, which will connect Areas A and C, will be built by North Triangle Depot Commercial Corporation, an affiliate of Ayala Land. Area C will cover the platform for the MRT7, which is still being constructed.

But Batan explained that due to legal issues stalling the construction of the MRT7 depot, structures for Area C “may be there” but there are no guarantees that it would be operational by the end of 2020. The DOTr is eyeing 2022 at the latest.

“All the 23 kilometers of MRT7 can be completed, but without the depot, it can’t operate. All the [train] cars are still in Korea,” Batan told reporters.

Meanwhile, Tugade said on Wednesday that Ayala Land “committed” to finishing Area B next year as well.

In 2017, the construction of the common station’s Area B had begun, after being delayed for 10 years.

The legal battle stemmed from the location of the station, which is sure to generate plenty of foot traffic. An agreement was reached in 2016 to place the common station between SM North EDSA and Ayala’s TriNoma.

The common station, expected to serve around 500,000 passengers daily, will provide commuters seamless transfer from one railway line to another. – Rappler.com