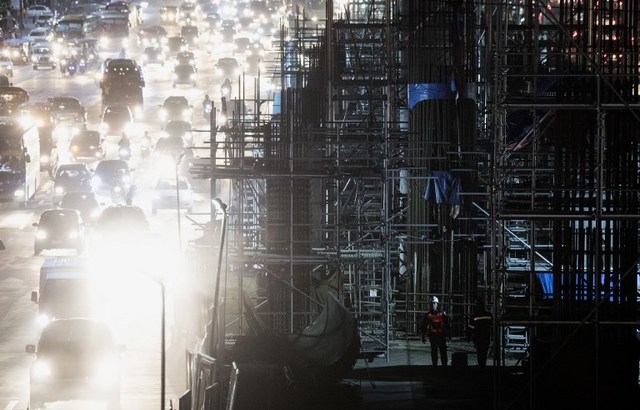 MANILA, Philippines – The government spent more than what it had intended to in 2018, according to data from the Bureau of Treasury (BTr) released on Friday, February 22.

Economic managers only aimed for 3%, which means spending exceeded by P34.6 billion.

The BTr said the current values reflect that the government rose above “serial underspending” from the previous years.

The figures increased in 2018 amid a 21% increase in disbursements matched with a revenue growth of 15%.

While the Bureau of Internal Revenue (BIR) missed its collection goal of P2 trillion last year, non-tax revenues were able to offset the shortfall.

Budget Secretary Benjamin Diokno said on Friday that the average budget deficit during the Duterte administration has averaged 2.7% of the GDP on the back of aggressive infrastructure spending.

Infrastructure spending as percent of the GDP is now twice the fiscal deficit-to-GDP ratio. This is impressive, according to Diokno.

“We are spending above 6% of GDP on public infrastructure, while keeping the deficit-to-GDP ratio at less than 3%. No administration has done this before,” the budget chief added.

Note that Diokno cited the administration’s two-year fiscal deficit average and not the 2018 figure of 3.2%. – Rappler.com