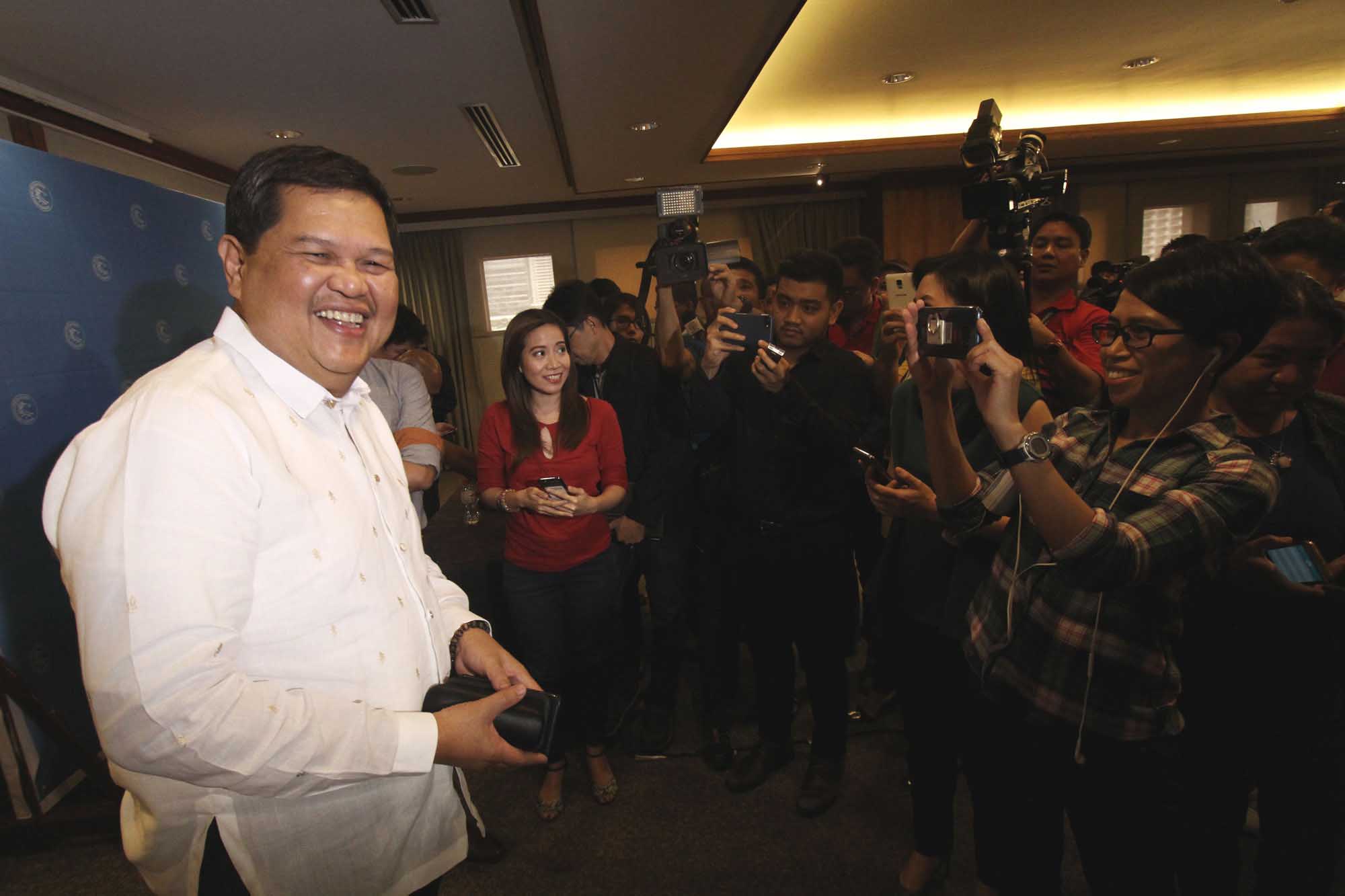 He was on intermittent leaves after being diagnosed with tongue cancer in February 2018, but kept a business-as-usual attitude.

Despite his illness, he still tried to attend to the demanding task of being the BSP governor and took time to explain issues to reporters.

He served for less than two years, but will forever be remembered as the central bank chief who was tough on violators, yet humble and soft-spoken. (READ: Bangko Sentral appoints Cyd Tuaño Amador as officer-in-charge)

Support for the unbanked

The banking community remembered Espenilla as a humble and unassuming man who pursued reforms throughout his stint in the BSP.

Espenilla recognized that three-fourths of Filipinos do not have bank accounts, which led him to pursue inclusivity through financial technology or fintech.

The Bankers Association of the Philippines said Espenilla’s legacy and dedication will be a “foundation in building a stronger Philippine banking industry for future generations.”

The Fintech Alliance of the Philippines described him as an “exemplary and transformational leader” who made “economic inclusion his mantra.”

“He had the passion and dedication to bring about meaningful change to the unbanked and underserved Filipinos through enabling regulations and policies,” the group said.

Espenilla’s actions led to the development of new products.

“Governor Espenilla leaves a proud legacy of having promoted financial technology and inclusive financial services in the Philippines, including the GrabPay e-wallet. We are very grateful for the support that was given to Grab,” said Brian Cu, Grab Philippines president.

Francis Lim, president of the Shareholders’ Association of the Philippines (SharePHIL), said Espenilla “will be remembered for his role in crafting regulatory policies to create a stronger and more responsive banking system through good governance, proper risk management, greater financial disclosure and increased capitalization.”

“He supported our cause for financial literacy and championed the proper use of technology to promote financial inclusion.  I have had the honor of knowing him as a friend and his humility amidst the accolades that were bestowed on him and his sense of humor in the midst of challenges in his work and health were worth emulating,” Lim said in a statement.

Prior to his appointment as BSP governor, he handled the supervision and examination department which was tasked to clamp down on rogue financial institutions.

Among his feats was getting the BSP to close Banco Filipino in 2011.

Espenilla’s team found evidence of depositors’ money leaking into entities controlled by the owners and officers.

“Even during my presidency, Nesting Espenilla showed exemplary leadership as BSP deputy governor for the very sensitive Supervision and Examination Sector. I take pride in his accomplishments during my term, as I salute him for his work in the Duterte administration, and I extend my respectful condolences to his family,” Pampanga 2nd District Representative Gloria Macapagal Arroyo said.

He also slapped a whopping P1-billion fine on the Yuchengco-led Rizal Commercial Banking Corporation due to the $81-million bank heist.

“As we express our condolences to the family, friends, colleagues, and loved ones of Governor Espenilla, we express our gratitude to the man once in charge of disciplining banks for his complete devotion to his work and great service to the nation,” Presidential Spokesperson Salvador Panelo said.

Espenilla’s 37 years of experience in the banking sector and his policy stance to stabilize the economy earned him mostly praises than raised eyebrows.

He pushed for reducing the reserve requirement ratio or the cash banks must hold. He believed the money would be better used as loans.

However, this endeavor also came at a time when the Philippines experienced inflation rates not seen in almost a decade.

While most factors were supply-based and mostly out of Espenilla’s control, the central bank pushed through with raising interest rates by 175 basis points to temper inflation expectations.

Philippine Competition Commission Chairperson Arsenio Balisacan said Espenilla and his predecessor, Amando Tetangco Jr, led the BSP and the Monetary Board so well, that the economy has “seen its longest episode of growth in the postwar period.”

Socioeconomic Planning Secretary Ernesto Pernia said Espenilla was a big loss to the BSP and the country, and an “exemplar of a dedicated public servant with high competence and integrity.”

United States Ambassador to the Philippines Sung Kim also extended condolences to Espenilla’s wife Tess and the rest of his family.

“We remember the governor for his passion and integrity, and recognize his decades of service to the Philippines,” Kim said.

British Ambassador to the Philippines Daniel Pruce likewise expressed his condolences to Espenilla’s loved ones.

“He was a great partner of the UK, an inspiring professional and above all a generous, warm, and friendly man. May he rest in peace,” said Pruce.

Public viewing began at 3:30 pm on Monday, February 25, at the Heritage Park in Taguig City. Espenilla’s remains will be cremated on Saturday, March 2. – Rappler.com