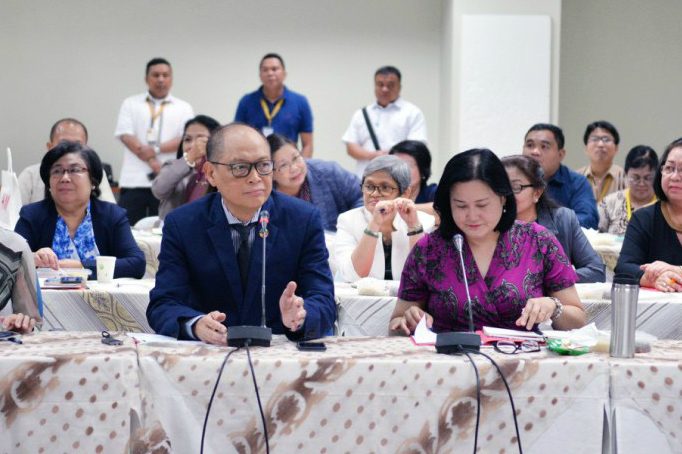 Facebook Twitter Copy URL
Copied
A career official at the Department of Budget and Management, Janet Abuel is a certified public accountant and the 1998 bar examinations topnotcher

Presidential Spokesperson Salvador Panelo and the DBM announced that Abuel will be the officer-in-charge of the department, after Secretary Benjamin Diokno was appointed as Bangko Sentral ng Pilipinas governor.

As acting secretary, Abuel will be awaiting the signing into law of the P3.757-trillion national budget for this year.

Abuel is a certified public accountant. She also topped the bar examinations in 1998, the first from the University of the Cordilleras in Baguio City.

She holds a Master in Public Policy degree from the Lee Kuan Yew School of Public Policy in Singapore, and attended the Executive Education Program on driving government performance at the Harvard Kennedy School in the United States.

Abuel is a career official at the DBM, starting as a budget and management analyst in 1996 and rising from the ranks to become undersecretary.

She has led the corporate affairs group at the department and supervised the legislative liaison office in Congress. She was the chairperson of the Bids and Awards Committee at the DBM from 2012 to 2015.