Manila Water on the hunt for new water sources

Mar 12, 2019 7:26 PM PHT
Anna Gabriela A. Mogato
Facebook Twitter Copy URL
Copied
(UPDATED) Manila Water is looking to replenish and add to its supply of water to quench the demand 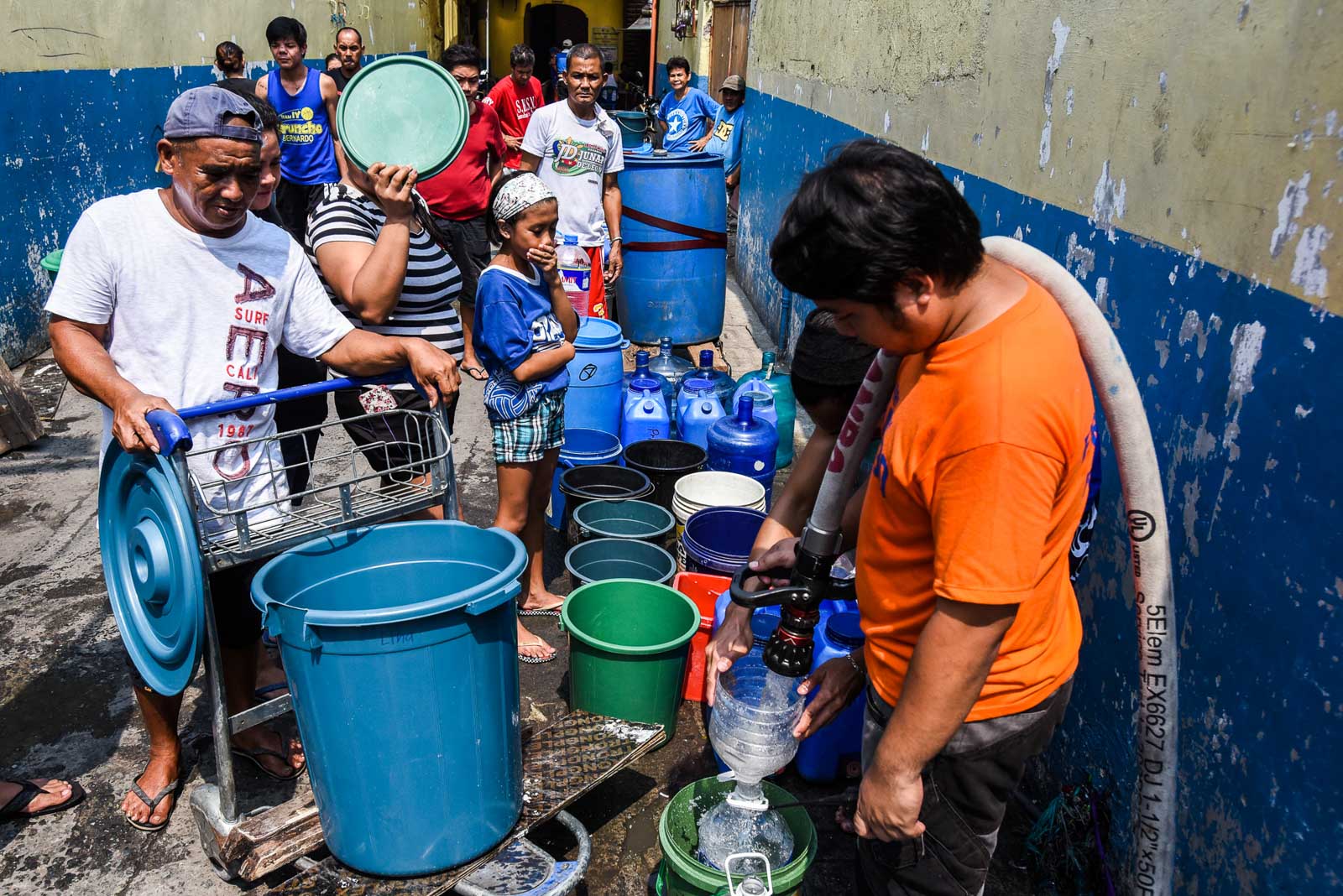 Manila Water chief operating officer Geodino Carpio said in a press briefing on Tuesday, March 12, that demand has gone up to an average of 1,740 million liters per day (MLD), higher than their share of 1,600 MLD from the Angat Dam. (READ:  LIST: Areas affected by Manila Water service interruption)

As one solution, Carpio said they are currently drilling deep wells.

Manila Water has been requesting for permits to conduct deep well drilling from the National Water Resources Board since January.

Carpio also said they are fast-tracking the energization of a water treatment plant in Cardona, Rizal, which has been delayed due to issues in the design as well as the the presence of rocks in the area.

The water treatment plant is expected to produce 50 MLD by the end of March and 100 MLD by August.

Aside from these, Carpio told Rappler, they are focused on underground reservoirs which “can be used as watering points also in case of earthquake and calamity” – usually placed under schools.

When asked where exactly underground reservoirs would be set up, Carpio said these could be “all over, depending on where the LGU (local government units) agree to have it built.”

There are existing reservoirs in some areas in Quezon City, Marikina City, and Pateros.

As for additional sources of water, Carpio said they have been eyeing to source from Laguna de Bay, where Maynilad Water Services also managed to get more supply.

“We have been proposing to MWSS (Metropolitan Waterworks and Sewerage System) another 50 MLD on the east bay of Laguna Lake…. We want something to be started within the year. Definitely we want to have new sources finished within two years,” he added.

With the shortage Manila Water is facing, Carpio said he hopes this can speed up the approval for them to source from Laguna de Bay as well.

In the meantime, Manila Water will continue to reduce water pressure and resort to rotating interruptions, expecting tight supply throughout the summer months.

The utility firm currently has 3 treatment plants, 18 pumping stations, and 19 reservoirs. Aside from this, Carpio said they have a system loss of 10% to 12%, way below the world standard of around 20% to 25%.

However, with households drawing too much water due to supply fears, Carpio said this has led to depletion of Manila Water’s share under the normal rate. (READ: ‘Inexcusable that gov’t is unprepared’ for water shortage – Otso Diretso)

In a separate briefing, Maynilad water supply operations head Ronaldo Padua said they will be sharing their supply with Manila Water, possibly as early as March but more certain by April.

Padua said Maynilad can give up to 50 MLD, but Carpio said that only up to 32 MLD has been agreed upon for water sharing.

Maynilad also lent 5 tanks for Manila Water to use. – Rappler.com

Editor’s Note: An earlier version of this story said the additional 50 MLD would be sourced from deep wells, but this would be from the water treatment plant in Cardona, Rizal.