Mar 15, 2019 3:58 PM PHT
Anna Gabriela A. Mogato
Facebook Twitter Copy URL
Copied
Given the hazards these deep wells may pose, Antiporda said that these will only be open up to October 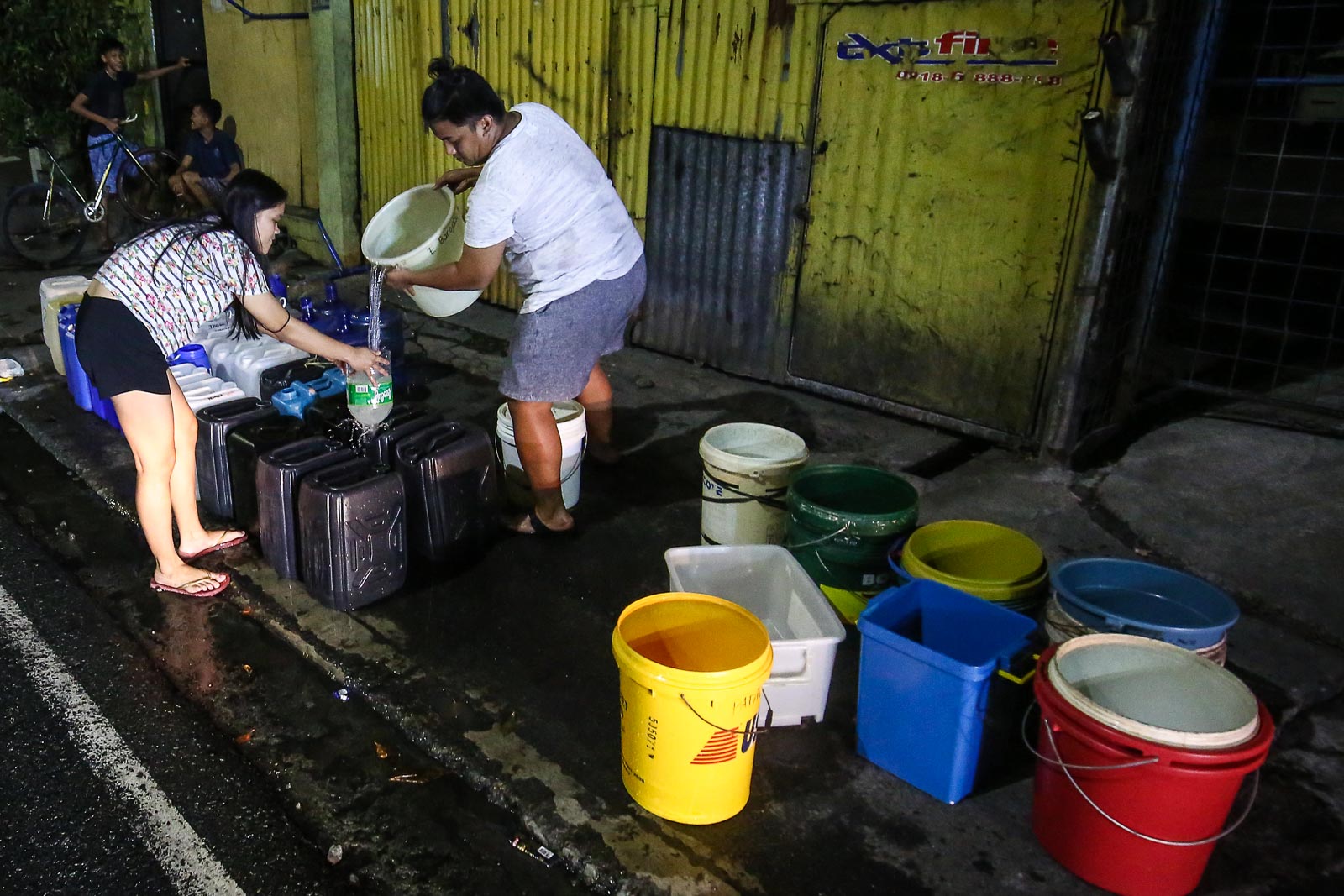 Environment Undersecretary Benny Antiporda in a press briefing on Friday, March 15, said that they would open deep wells by next month, where they expect to source around 130 million liters per day (MLD) of water.

It would also include the deep wells Manila Water planned to drill amid its effort to look for new water sources and Pepsi’s own deep wells which were previously closed by DENR due to illegal operation.

After April, another 50 MLD will be harvested from these deep wells.

“These deep wells will only be open up until October,” Antiporda said, explaining that this is because they are expecting the rainy season to start by then.

“We will also put an allowance [when harvesting water] so that we won’t to make excuses if there’s still not enough water,” he added.

“We’re just getting ready for it. If you make a mistake once and you made a mistake again, I don’t think the people will accept that.”

Given the potential environmental hazards these deep wells may pose, it will be heavily regulated by National Water Resources Board and Metropolitan Waterworks and Sewerage System, Antiporda said.

Prior to announcing that they were still looking to secure more sources of water, Manila Water had explained why it was only their service area (east zone) which experienced a shortage in supply and not in Maynilad‘s west zone.  (READ: Manila Water sends ‘conspiracy theories’ down the drain)

As the deep wells can contribute up to 180 MLD by October and Maynilad can share up to 50 MLD by April, this can fill up Manila Water’s shortage of 150 MLD.

Last Thursday, March 14, Metropolitan Waterworks and Sewerage System Chief Regulator Patrick Ty said that the current dire situation was also their agency’s fault because of delays in sourcing water. Ty, however, said they never closed the bypass, which could have prevented the shortage.

Amid the increasing concerns among Manila Water’s customers, the House of Representatives will conduct a hearing on the issue next week.

Editor’s Note: An earlier version of this story erroneously reported that 30 MLD would be sourced from deep wells by April. This has been corrected.