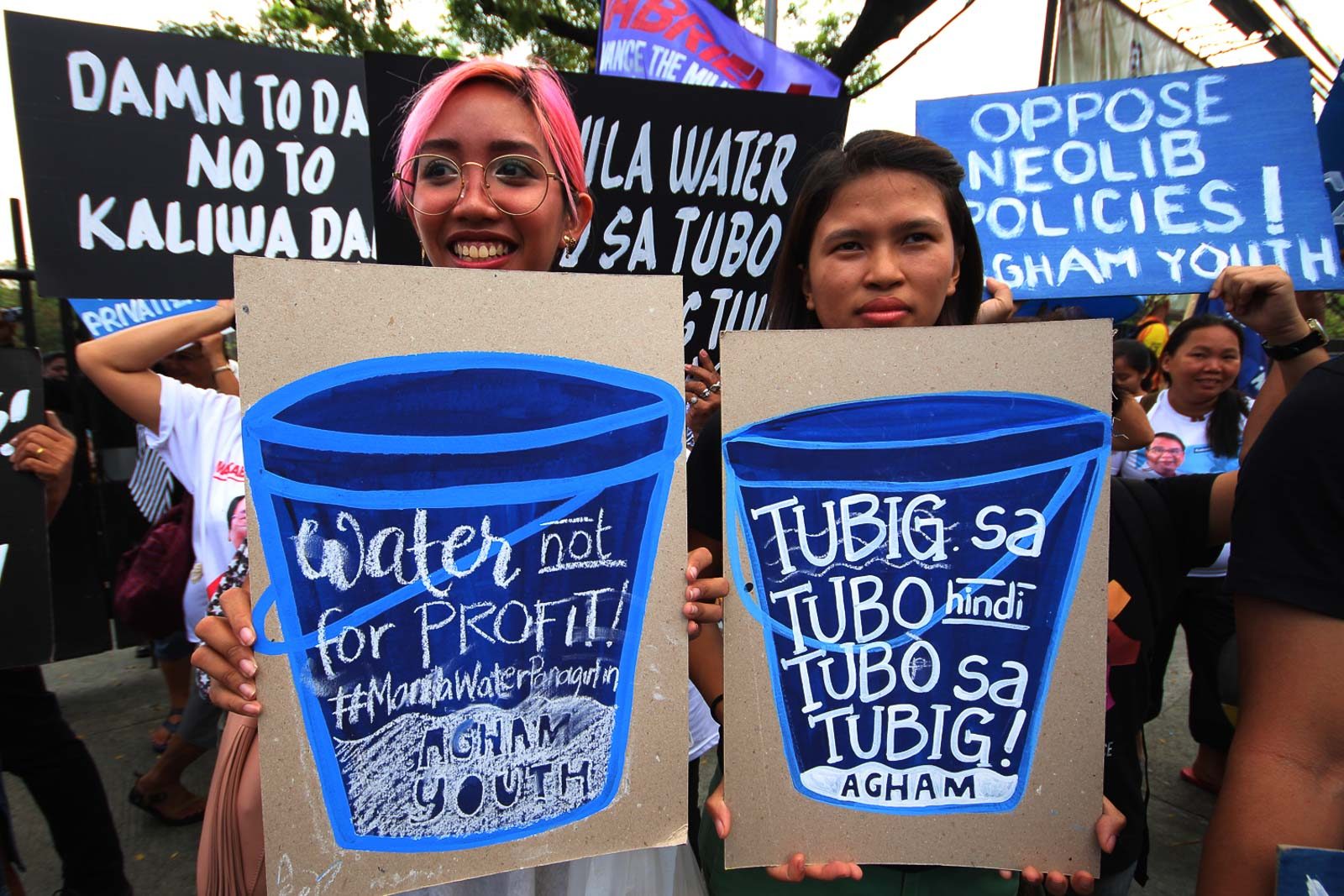 MANILA, Philippines – There is no truth to the claim of a Japanese firm that the China-backed construction of the Kaliwa Dam will cost the Philippines more than their firm’s proposal.

This was the assertion of the Department of Finance (DOF) and the Metropolitan Waterworks and Sewerage System (MWSS) on Wednesday, March 20, during a press conference in Malacañang.

Velasco had been addressing claims by a Japanese firm, Global Utility Development Corporation (GUDC), that the Kaliwa Dam, as proposed by China, will cost $800 million. GUDC claimed that its proposal for a Kaliwa Intake Weir project would be cheaper – at $410 million.

But Velasco said the China-funded Kaliwa Dam project will cost only $248 million, even cheaper than GUDC’s project cost.

The MWSS chief said he has no idea where GUDC chief executive officer and director Toshikazu Nomura got his figures.

The MWSS and the DOF also disputed GUDC’s claim that its proposed weir is better suited to provide the water needs of Metro Manila and Rizal.

A weir, which would be shorter than the planned Kaliwa Dam, does not have the ability to store water, something critical for days when there is a drought.

Finance Assistant Secretary Tony Lambino described a weir as a “type of low dam” that “depends on the flow of water.” If the flow of water is weak, the weir will not be able to provide water, he said.

In comparison, the design of the China-funded dam, which includes a higher wall, allows for water storage, added Velasco.

Lambino also took time to explain why the Kaliwa Dam is now funded through a loan from China, called official development assistance (ODA), and not through a public-private partnership (PPP).

Vice President Leni Robredo had been among those questioning the need for the Philippines to borrow from Beijing when a PPP scheme would not require the government to shell out any funds.

Lambino defended the China loan, saying Beijing gave the Philippines a 2% interest rate which he said “cannot be matched” by multilateral development banks and private banks.

And while the government will not cough up funds in a PPP scheme, the private companies tapped would likely pass on the cost of the project to Filipino consumers, said the DOF official.

But critics have also pointed out that accepting a loan from China might make the Philippines beholden to the Asian giant, known worldwide for its so-called “debt-trap diplomacy.” Malaysian Prime Minister Mahathir Mohamad himself had spoken of unfair deals from China which he had to scrap.

Lambino tried to parry this criticism by saying the loan agreement does not state any collateral that the Philippines would give up if it fails to pay the loan.

“No collateral was declared. Second, we have a clause in our loan agreement with China called pari passu (Latin term for ‘equal footing’). All our creditor countries have an equal claim based on pro-rated sharing of how much we owe them,” said Lambino. – Rappler.com