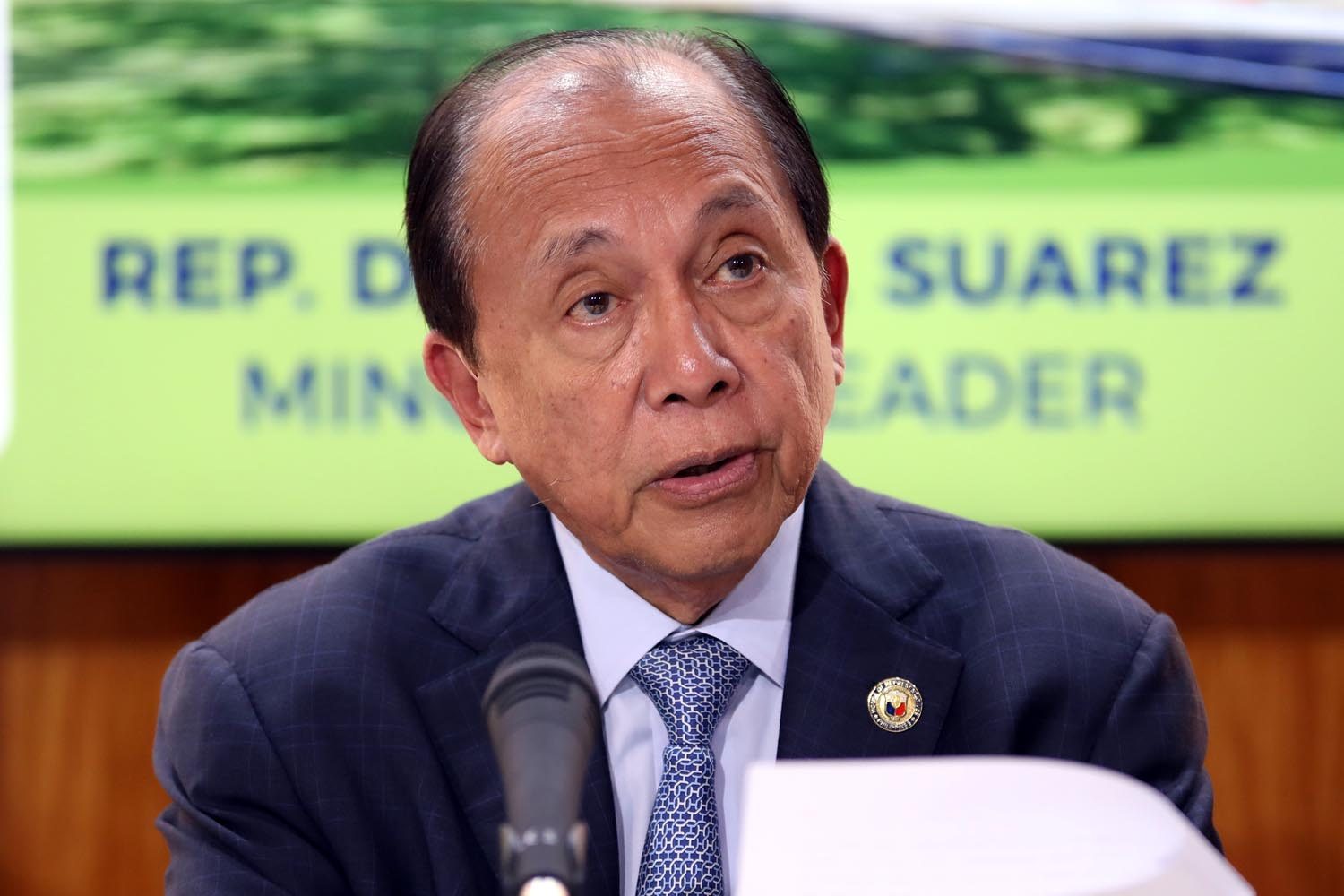 Facebook Twitter Copy URL
Copied
Quezon 3rd District Representative Danilo Suarez says building two Kanan dams would 'entail no cost to the government,' unlike getting a loan from China for the Kaliwa Dam

MANILA, Philippines – House Minority Leader Danilo Suarez urged the government to consider the Kanan River bulk water supply as an alternative source of water for the National Capital Region instead of the China-funded Kaliwa Dam.

Suarez made the proposal on Wednesday, March 20, during the hearing of the House committee on public accounts, which he chairs, on the ongoing water shortage in parts of Metro Manila and Rizal. (READ: Manila Water’s supply crisis: What we know so far)

The Quezon 3rd District congressman said the construction of two Kanan dams, a public-private partnership project between his province and Energy World Corporation, would be a better alternative to the Kaliwa Dam.

“Ang posisyon ng minority is this (The position of the minority is this): If we proceed with Kaliwa, it would be funded on borrowed money…. Now, we have a private sector who is saying we can do the same thing with even better services and features. Hindi gagastos ang gobyerno; kikita pa ang gobyerno (The government doesn’t have to spend anything; the government would even profit from it). So why are we going to compete with the private sector?” said Suarez.

The Kaliwa Dam, which will be constructed by Beijing-run China Energy Engineering Corporation in the municipalities of General Nakar and Infanta in Quezon, is expected to supply some 600 million liters per day (MLD) to Metro Manila.

It would cost P12.2 billion to build, however, with 85% set to be funded by China through official development assistance.

In contrast, Suarez said the Kanan dams “will entail no cost to the government.” He said these dams aim to supply 1,800 MLD to concessionaires Manila Water and Maynilad Water Services and would help address the crisis.

The Ayala-led Manila Water has been drawing flak for service interruptions which began on March 7. (READ: Lawmakers call for refund after Manila Water shortage)

The company said the ongoing supply shortage was caused by the La Mesa Dam’s water level receding and water being unable to reach the aqueduct gates.

No less than President Rodrigo Duterte already threatened to scrap the concession agreements of Manila Water and Maynilad as the shortage continues.

Manila Water chief executive officer Ferdinand dela Cruz earlier said their operations will be back to normal by May. – Rappler.com