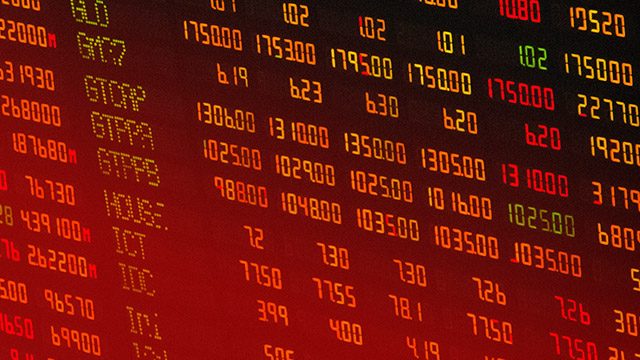 MANILA, Philippines – Most counters were in the red at the Philippine Stock Exchange on Tuesday, May 14.

Luis Limlingan, managing director of Regina Capital, said the results of the 2019 midterm elections had little effect on the local bourse.

“With the midterm election now out of the way, most fund managers looked overseas, where most of the major market-making activity was happening. There were also some major winners and losers which were the result of the latest [Morgan Stanley Capital International] rebalancing announcement,” Limlingan said.

Meanwhile, BDO chief market strategist Jonathan Ravelas said his initial positive outlook regarding the elections did not pan out due to the trade war.

“The election result should have been positive for the markets, as the vote of confidence gives the President more room to speed up reforms, but the trade war is casting a shadow of worry,” Ravelas said.

He said investors should look at whether the index would break below 7,500.

“A break of this support level could call for further losses towards the 7,000 to 7,300 levels,” Ravelas said.

In a GMA News Online article, Philstocks Financial research analyst Japhet Tantiangco said some investors may have been spooked by the 2019 election results, seeing it as a “loss of checks and balances in the government.” – Rappler.com