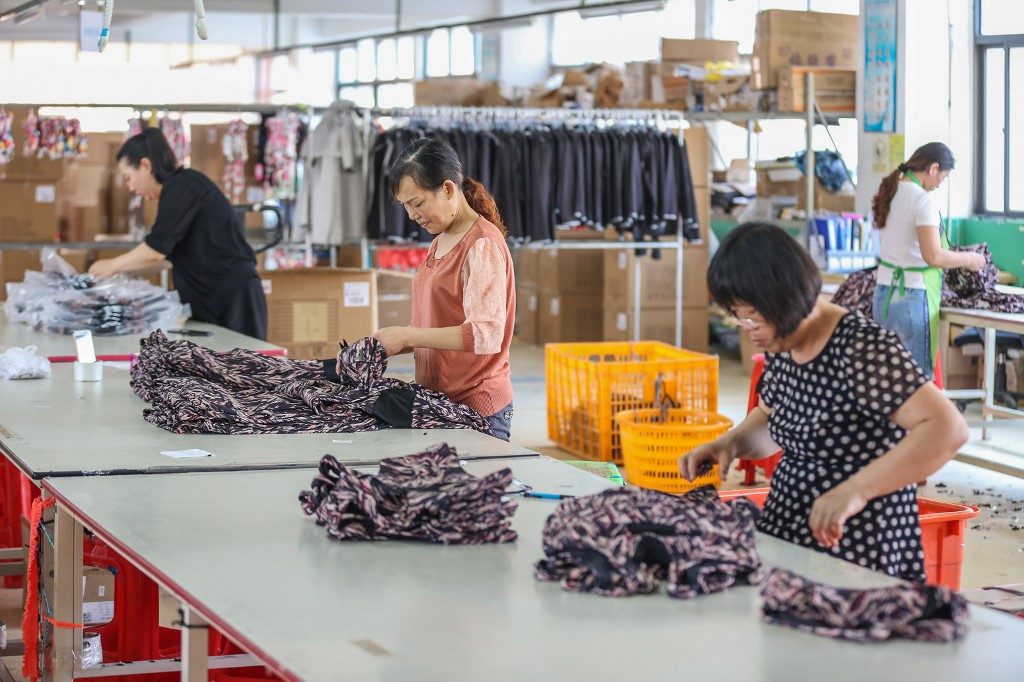 BEIJING, China – The International Monetary Fund (IMF) on Wednesday, June 5, said it was lowering China’s economic growth forecast for 2019 and 2020, citing “uncertainty” over the trade war between Beijing and Washington.

The world’s second largest economy is expected to rise by 6.2% this year and 6% in the next, the IMF said, down from previous forecasts of 6.3% and 6.1%, respectively. (READ: China accuses U.S. of ‘naked economic terrorism’)

“Everybody loses in a proactive trade war. If trade is threatened, if trade is damaged, growth will suffer,” Kenneth Kang, deputy director of the IMF’s Asia and Pacific department, said at a press conference in Beijing to present the findings of a visit to China.

“Uncertainty around trade tensions remains high and risks are tilted to the downside,” the IMF said in a statement.

The downgrade comes as China’s government launches a series of measures to reverse the downward trend, with policymakers turning the credit taps back on and rolling out massive tax cuts.

The IMF’s forecast remains within the government’s official target of growth ranging between 6% and 6.5% this year, down from 6.6% in 2018. (READ: IMF warns U.S.-China trade war will ‘jeopardize’ 2019 global growth) – Rappler.com