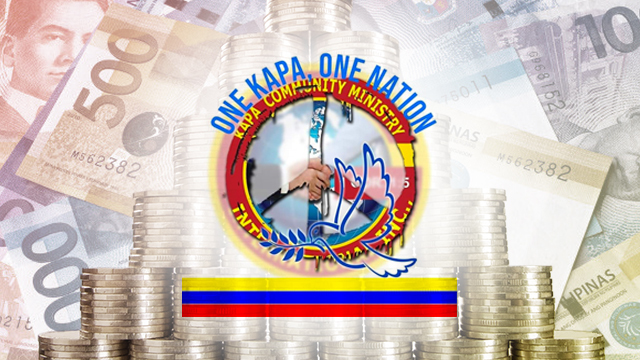 MANILA, Philippines – The embattled Kapa Ministry received another blow as the Securities and Exchange Commission (SEC) announced on Sunday, June 16, that it has so far secured over P100 million worth of assets linked to the group.

The procurement of the assets comes after the Court of Appeals issued a freeze order on Kapa Ministry’s’s bank accounts and assets last Tuesday, June 4, over what the government described as the worst investment scam in recent history.

In a statement Sunday, the SEC said several banks initially froze more than P100 million worth of assets, which covered insurance policies, cryptocurrency holdings, and other assets linked to the group.

SEC said public records showed at least 9 luxury cars and sports utility vehicles, a helicopter, a hospital, a school, and other properties were among those registered under the group and its officials.

The commission vowed to secure more assets linked to the investment scam carried out by the group.

“Kapa amassed wealth through an investment scam, in the guise of religion and at the expense of the investing public,” SEC Chairperson Emilio Aquino said.

“We cannot simply wait for the fraudulent investment scheme to crumble and for the investors to suffer before we take action,” he added.

The SEC earlier found Kapa to be recruiting members to donate a minimum amount of P10,000 in exchange for a 30% monthly return for life. The commission said the group also made use of a “ponzi scheme,” which employed the use of an investment program offering “impossibly high returns” and paid investors using money contributed by other investors. (EXPLAINER: How Kapa Ministry took advantage of investors)

“Such scheme qualifies as a fraudulent transaction prohibited under Section 26 of the Securities Regulation Code,” the SEC said.

The crackdown on Kapa Ministry comes after President Rodrigo Duterte ordered its shutdown, despite protests from its member-donors in Duterte’s home island group of Mindanao.

Member-donors urged the President to reconsider his closure order as they continue to believe in the financial rewards of Kapa, while also acknowledging the risks of the scheme. Some members have said it was their only choice.

Aquino vowed individuals involved in the scam “in one way or another” will be held criminal liable for their offenses. (READ: DOJ puts 15 Kapa officials on immigration lookout) – Rappler.com