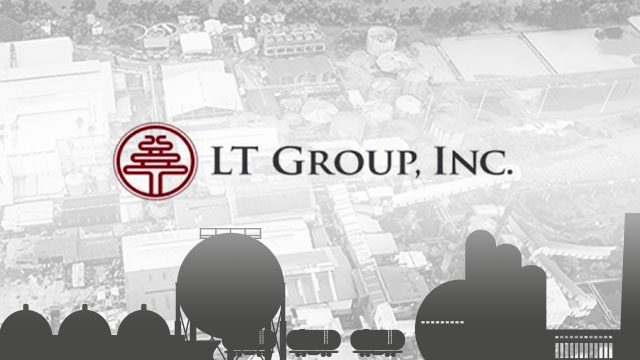 Facebook Twitter Copy URL
Copied
LT Group plans to bid for Central Azucarera Don Pedro Incorporated. A couple of energy projects are also in the pipeline for the conglomerate.

LT Group’s Tanduay Distillers will attempt to purchase CADPI through its subsidiary Absolut Distillers, which is also located in Batangas. The bid is expected to be submitted this week.

Gerardo Tan Tee, chief operating officer of LT Group’s distillery operations, said on Saturday, June 15, that should they bag the deal, it would primarily boost their molasses supply, which is needed to make liquor.

The Philippines, according to LT Group chief financial officer Nestor Mendones, faces a 500,000-metric-ton gap in molasses supply annually. But aside from molasses, the company is eyeing to produce sugarcane juice as well.

“This will be the first time a distillery will be buying into a sugar mill…. That will complete the rum story because Tanduay does not have its own sugarcane mill. We only have a distillery and aging facilities,” Tee said.

Gokongwei-led Universal Robina Corporation was the first to close a deal with Roxas Holdings to purchase CADPI, but this was blocked by the Philippine Competition Commission as it was seen to cause monopoly in the area. (READ: Sugar farmers oppose URC mill purchase in Nasugbu)

“We’ve been trying to get CADPI for the last two years. We are really gung-ho on CADPI. We know that we can help it more if we put in investments and capital. What [Lucio Tan Jr] wants is to make sure that the farmers are well-taken cared of,” Tee said.

“We know the sugarcane area in Batangas is dwindling because of low income for the farmers. If your facilities are old and outdated, your efficiencies go down, and if it goes down, there will be less sugar for the farmers to get from the cane,” he added.

If Tanduay manages to buy CADPI’s assets, the company would initially spend about P150 billion to P200 billion for its rehabilitation and upgrading of facilities. This way, Tee said, farmers can also increase their production to fuel the facility.

Should Tanduay lose the bid, however, Tee said they can still make their own mill but it would be at a lower capacity.

To complement their planned acquisition of CADPI, Tee said they also plan to convert their wastewater, which has high methane content, into energy.

This will not be LT Group’s first project in the energy industry, as it already has a solar power project in Lian, Batangas.

Aside from this, Tee said they are also looking to secure their own source of  liquefied natural gas (LNG) by building an LNG power plant on a 38-hectare property in Pinamucan, Batangas, to be operated by a new company under LT Group.

Tee said they have partnered with a foreign company for the project. The facility will also include a terminal and distribution system. – Rappler.com