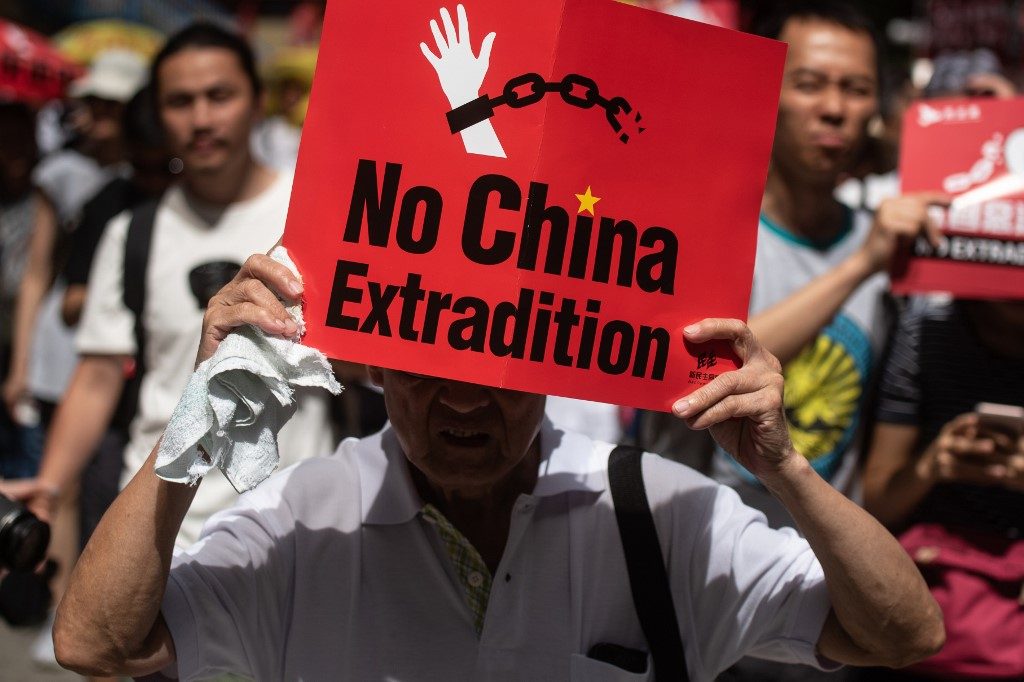 Investors are also moving cautiously ahead of two huge market-moving events: the Federal Reserve policy meeting this week with its plans for interest rates in focus, and the G20 summit next week where US President Donald Trump and his Chinese counterpart Xi Jinping are due to hold trade talks.

Investors returned to buying in Hong Kong after 3 days of losses that saw the Hang Seng drop more than 2% after protests against the law – which would have allowed extradition to China – turned violent Wednesday, June 12.

Another, peaceful, demonstration Sunday, June 16, saw around two million people take to the streets, according to organizers.

The plan had also spooked business leaders who feared it would damage the city’s reputation as an international business hub.

Traders “will breathe a loud sigh of relief today, as on Wednesday when tear gas and rubber bullets were filling the air, the markets were getting extremely jittery that this ticking time bomb was about to explode,” said Stephen Innes, managing partner at Vanguard Markets.

Elsewhere, Jakarta, Seoul and Taipei all ended the day in the red.

Traders are now awaiting the conclusion of the Fed’s policy meeting on Wednesday, with hopes it will provide some forward guidance on rates, even if it is not expected to announce a cut just yet.

Most observers are tipping a reduction next month as the US economy shows signs of stuttering.

“A lot is riding on this week’s (meeting) as the anticipation of Fed easing has single-handedly buttressed global equity markets even as trade war escalation looms ominously,” Innes added.

But there was a warning that investors could sell up if the central bank comes up short in its post-meeting statement.

“A less than full dovish undertone from the Fed could stop a rally in equities and reverse some gains as there is heavy anticipation of a rate cut sooner rather than later,” said OANDA senior market analyst Alfonso Esparza.

Once that is out of the way, attention turns to next week’s flagged meeting between Trump and Xi on the sidelines of the G20 in Osaka, where they will discuss their long-running trade war.

Dealers are hoping for some movement in Japan after Trump shocked markets last month by ramping up tariffs on Chinese imports despite the two sides appearing to be closing in on a deal.

However, optimism is at a premium after US officials played down the chances of an agreement between the two leaders.

Oil prices climbed on geopolitical tensions sparked by last week’s tanker attacks in the Gulf of Oman but gains were tempered by ample supplies and weak demand.

Still, PetroChina and CNOOC both gained in Hong Kong.

Washington has blamed Iran for the attacks but Tehran has called the US charges “baseless” and said they were made without “a shred of factual or circumstantial evidence.”

“The US affirms that Iran is behind the attacks which is raising anxiety about armed conflict as Saudi Arabia has reached the same conclusion,” Esparza said.

“Tensions remains high and crude prices keep rising as a large percentage of crude oil needs to be transported in the region,” he added.