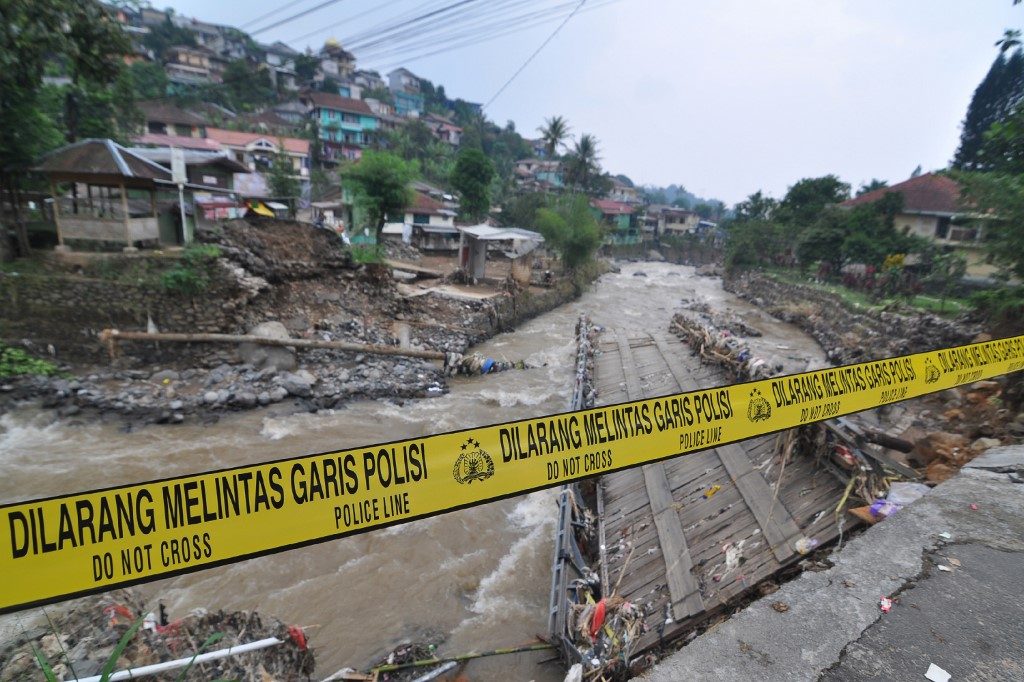 Facebook Twitter Copy URL
Copied
The World Bank says the effects of disasters in low- and middle-income nations are worsened by poor management of bridges, roads, and electricity grids

PARIS, France – Natural hazards made more likely by climate change, such as flooding and storms, cost poor nations hundreds of billions every year due to crumbling infrastructure, the World Bank said Wednesday, June 19.

Two-thirds of humanity is predicted to reside in cities by 2050, up from 55% today.

With much of the plumbing, power, and health infrastructure needed to sustain them yet to be built, investors are increasingly prioritizing projects that will prove resilient to future climate shocks.

The World Bank said investment in more robust infrastructure would bag developing nations as much as $4.2 trillion in the long term.

“We are not measuring the pain and suffering that comes out of natural disasters that are destroying people’s lives and livelihoods,” World Bank chief executive officer Kristalina Georgieva told Agence France-Presse.

“We are looking into the price of the solution. What would it take to have infrastructure…built to be better and more resilient.

“Countries will save enormously in [the] future if they act responsibly today,” she added.

The World Bank said the loss of power and disruption to transport networks caused by violent weather events alone cost developing nations about $18 billion a year.

The losses are concentrated in Africa and Southeast Asia, where growing city populations and humid weather conditions pose a growing challenge for infrastructure.

In China alone, 64 million people are dependent on wastewater treatment plants at risk from earthquakes and landslides, and 200 million depend on treatment plants “that will be exposed to increasing flood risks due to climate change,” the bank said.

Businesses in Tanzania lose an average of $668 million each year – equivalent to 1.8% of GDP – from power and water cuts and transport disruptions.

And in Kampala, Uganda’s capital, even moderate flooding can make it impossible for more than a third of the city’s 1.5 million people to reach a hospital during an emergency. – Rappler.com