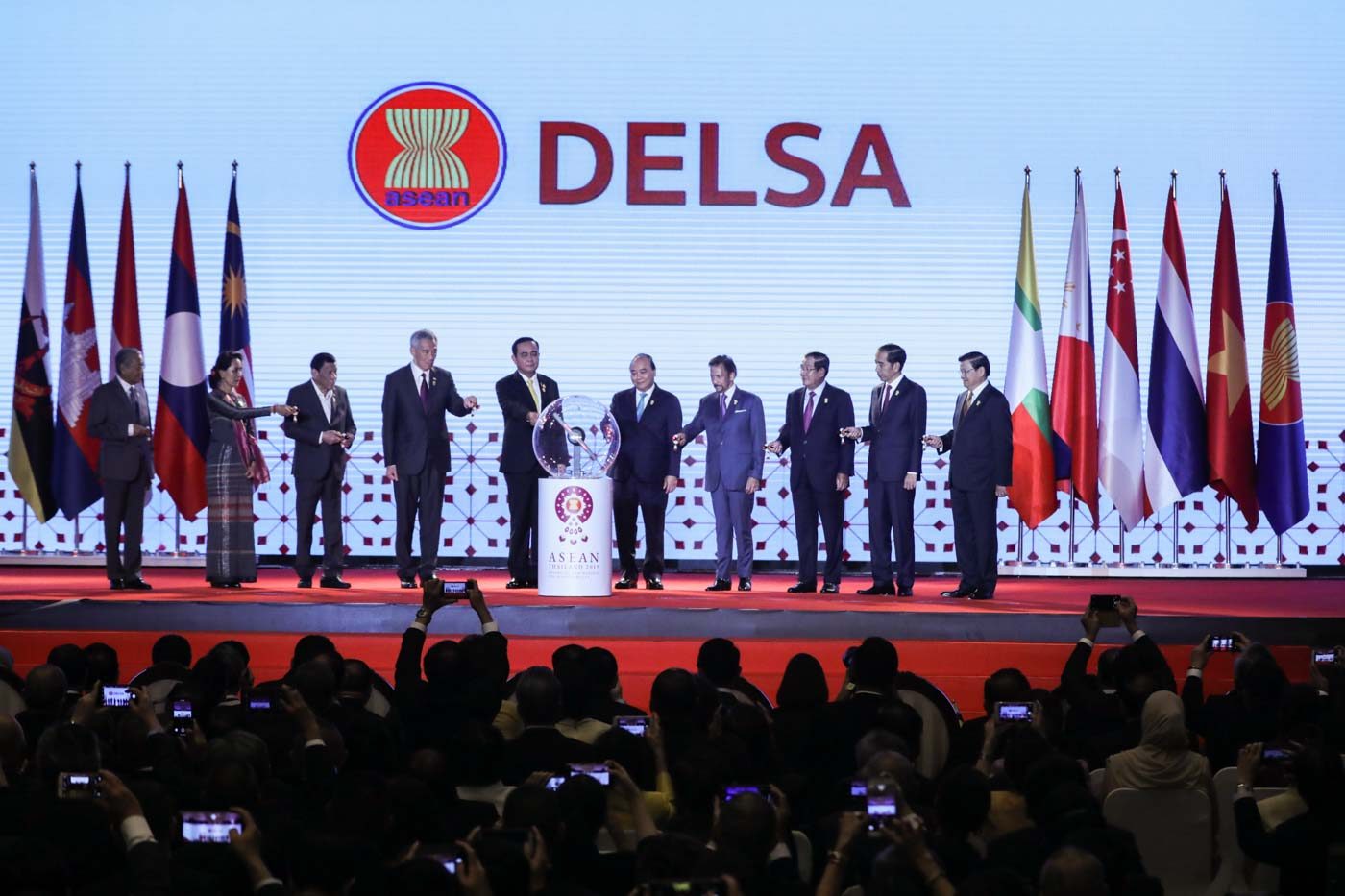 Facebook Twitter Copy URL
Copied
(3rd UPDATE) Trade tops the agenda at the Bangkok meeting, as tit-for-tat tariffs between China and the US cast a dark cloud over global growth

BANGKOK, Thailand (3rd UPDATE) – Southeast Asian leaders made an impassioned plea against protectionism at a regional summit in Bangkok on Sunday, June 23, warning that a dragging US-China trade spat could hammer their export-led economies.

Tit-for-tat tariffs between Washington and Beijing have cast a dark cloud over global growth forecasts and experts warn any drop-off in spending by the world’s two biggest economies is likely to hit Southeast Asia hard.

Regional leaders are alarmed over “the unabating tide of protectionism”, according to the final statement of the Association of Southeast Asian Nations (ASEAN) summit that closed Sunday in Bangkok.

He added the bloc would carry their trade conflict concerns to a G20 meeting in Japan next week.

Leaders also called for urgency in concluding talks on a China-led trade pact this year, which once inked will be the world’s biggest.

“It (RCEP) will help off-set any impact from the ongoing trade conflict,” said Prayut.

The pact is seen as a mechanism for China to draft the rules of Asia-Pacific trade, following a US retreat from the region as it withdrew from another trade pact at the start of President Donald Trump’s administration.

But progress has stuttered in recent months, with India digging in over fears cheap Chinese goods could flood its massive consumer markets.

Other issues, including dispute settlement and the exclusion of certain goods, still need to be “ironed out,” said a Malaysian Foreign Ministry official Sunday.

“We’ve missed the target to sign RCEP for quite a number of years already,” Muhammad Shahrul Ikram Yaakob told reporters.

A controversial plan to repatriate the persecuted Rohingya minority and ongoing tussles in the disputed South China Sea were also tackled by leaders at the summit, which Thailand is chairing this year.

ASEAN leaders often put out an image of unity during the annual summits.

But the forum has been criticised for allowing diplomatic niceties to outweigh concrete action on the sharpest problems facing the region.

One of those is the return of Rohingya Muslims to Myanmar from squalid refugee camps in Bangladesh, where more than 740,000 have fled since a 2017 army crackdown on the stateless minority.

Malaysia has been the bloc’s most outspoken member on the issue and it called for “citizenship” to be a cornerstone of any repatriation plan.

That flies in the face of Myanmar’s official policy, which denies the Rohingya full citizenship and the accompanying rights, instead labelling them “Bengalis” – illegal migrants from Bangladesh.

ASEAN has come under fire for suggesting the refugees will repatriate within two years. Virtually none have volunteered to return to Myanmar so far, citing safety concerns and lack of citizenship.

A final statement from the weekend summit said ASEAN leaders supported Myanmar’s efforts to “facilitate the voluntary return of displaced persons in a safe, secure and dignified manner”.

The statement did not include the term Rohingya.

Disputes in the flashpoint South China Sea also emerged at the summit, where the Philippines protested Beijing’s sweeping claims in the resource-rich waterway.

Philippines president Rodrigo Duterte said he was “disappointed” that a much-delayed code of conduct between ASEAN countries and China has seen little progress.

Without such a blueprint there was a greater chance “for miscalculations that may spiral out of control,” he added. (READ: TIMELINE: Sinking of Filipino boat in West PH Sea by Chinese ship)

A “Bangkok Declaration” on combatting marine waste was also endorsed at the weekend summit, though environmentalists argued it does not do enough to reduce the region’s mounting plastic problem.  (WATCH: What can you do about plastic pollution). – Rappler.com