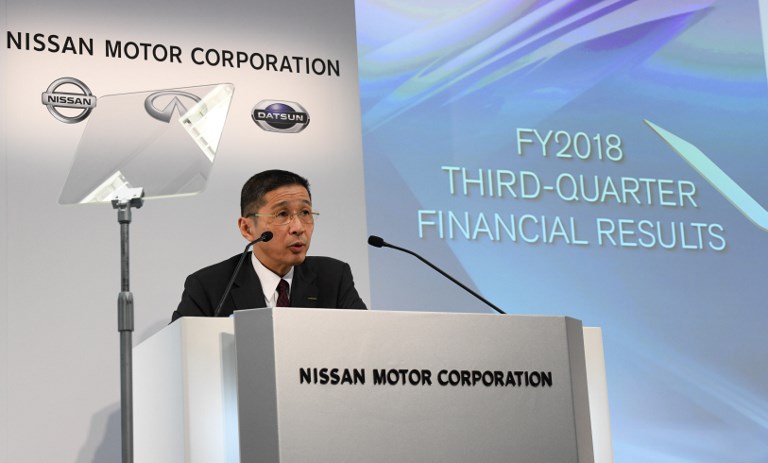 Shareholders voted in favor of a series of reforms, including the establishment of 3 new oversight committees responsible for the appointment of senior officials, pay issues and auditing.

They also approved the election of 11 directors as the firm restructures, among them two Renault executives as well as current Nissan CEO Hiroto Saikawa.

The reforms are designed to put Nissan on a more stable footing after the shock caused by former boss Ghosn’s arrest on multiple financial misconduct charges.

Adding to the company’s operational woes, net profit fell to a near-decade low in the last business year and it has already warned of “a difficult business environment” for the next 12 months.

But the reform plan nearly fell apart after Renault, which owns 43% of Nissan, complained it did not have enough of a say in the new structure.

Crisis was averted when Nissan suggested Renault chairman Jean-Dominique Senard sit on the appointments committee, and CEO Thierry Bollore on the audit committee.

However, Renault will not be represented on the new committee on pay – possibly reflecting longstanding rancor in Japan over Ghosn’s high compensation compared to most Japanese CEOs.

Saikawa has himself come under pressure, both for the disastrous financial performance of the firm and because the Ghosn protege is seen as a legacy of that era.

He opened the meeting Tuesday at Nissan’s headquarters in Yokohama outside Tokyo by offering “sincere regrets” over the tumult that has engulfed the firm in recent months.

Saikawa assured shareholders he would protect the independence of Nissan, part of a three-way alliance with Renault and Japan’s Mitsubishi Motors.

Ghosn has accused Nissan executives of seeking to block his plans to more closely integrate the Japanese firm with Renault.

And Saikawa said Tuesday that “autonomy” would remain important for Nissan, while vowing to work with Senard to keep the alliance going in “the most sustainable way”.

He said the sensitive issue of the current structure of the tie-up could need to be reconsidered “if imbalance becomes a factor of instability”.

The three-way alliance is the world’s biggest-selling auto group, but it has been seriously strained by November’s shock arrest of Ghosn, considered one of the auto industry’s most powerful executives.

Since then, Nissan has accused Renault of having too much weight in the group, and of keeping it in the dark over its tie-up plans with Fiat Chrysler (FCA), which collapsed over reservations expressed by the French government.

“Rebuilding a bond of trust is not very easy,” noted Tatsuo Yoshida, an analyst at Sawakami Asset Management.

“I beg you to believe me on that. There was no aggressive intention towards the company I am the director at,” he said.

Senard told a small group of journalists after the meeting that the recovery of Nissan was “the absolute priority.”

“In the state the company finds itself, you would have to be blind or deaf not to understand that it is the main priority. The rest is secondary,” said Senard.

Ghosn, who has been sacked from all his roles at the auto firms, awaits trial in Japan on charges of under-reporting millions of dollars in salary and of using company funds for personal expenses.

Ahead of the meeting, 67-year-old shareholder Hideo Yamada said he thought “there will be another round of tensions ahead” between Renault and Nissan, as they struggle to rebuild their relationship.

Kiyoshi Shimizu, 70, said he was “70% in favor” of the proposed governance reforms, but “30% worried that it may slow the (management) speed”.

“It will be impossible to make quick top-down decisions,” he said. – Rappler.com