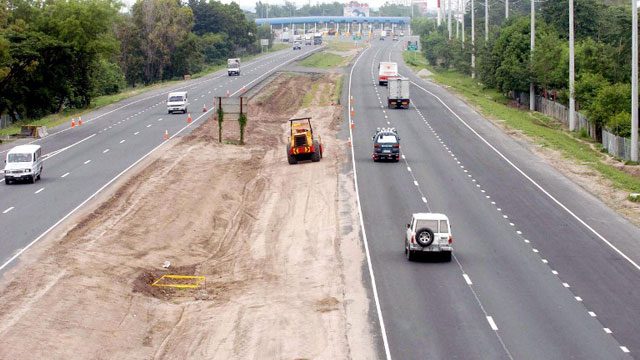 MANILA, Philippines – The Philippine government is tidying up and making the country more enticing for businesses seeking to relocate operations and escape the bitter trade war of the United States and China.

The Philippines is spending almost a trillion pesos for infrastructure in 2019 alone and will continue to spend even more in the coming years to attract investments. (READ: [ANALYSIS] US-China trade war: Where does the Philippines stand?)

During the pre-State of the Nation Address briefing of the government’s economic team on Monday, July 1, officials showed off planned projects and achievements which would make business and mobility in the Philippines faster and more convenient.

Among the most expensive is an inter-island linkage mega bridge program. The program consists of 17 long and short span bridges with a total length of 175,650 meters and a combined cost of P1.678 trillion.

The total cost of the Build, Build, Build program of the Duterte administration is estimated to be around P7 to P8 trillion.

Lopez added that from 2010 to 2015, Chinese investments averaged at just $17 million. That figure has recently grown 5 times to around $200 million during President Rodrigo Duterte’s term.

Meanwhile, the US has long been a trading ally of the Philippines and registers around $500 million yearly.

Other than infrastructure, Lopez said reforms such as the proposed public service law and retail trade law, as well as the review of the foreign investment negative list will further encourage more investments.

While there are opportunities, the government is also keeping a watchful eye on threats. Finance Secretary Carlos Dominguez III admitted that the trade war is “not easy for us.”

“We export a lot of products to China which are reexported to the US by putting them together by assembly,” Dominguez said.

Meanwhile, analysts have criticized the government for pursuing the rationalization of tax perks through the Tax Reform for Attracting Better and High-Quality Opportunities or Trabaho bill amid trade tensions.

Analysts and members of the business community have repeatedly said that some investors have been spooked by the proposal, as it may take away tax perks. (WATCH: Rappler Talk: Dissecting the Trabaho bill)

However, Dominguez said tax perks are not the main reason why investors are setting up shop in the Philippines.

“They invest where there is infrastructure, where they can export products easily. That is what we are trying to do,” he said. – Rappler.com