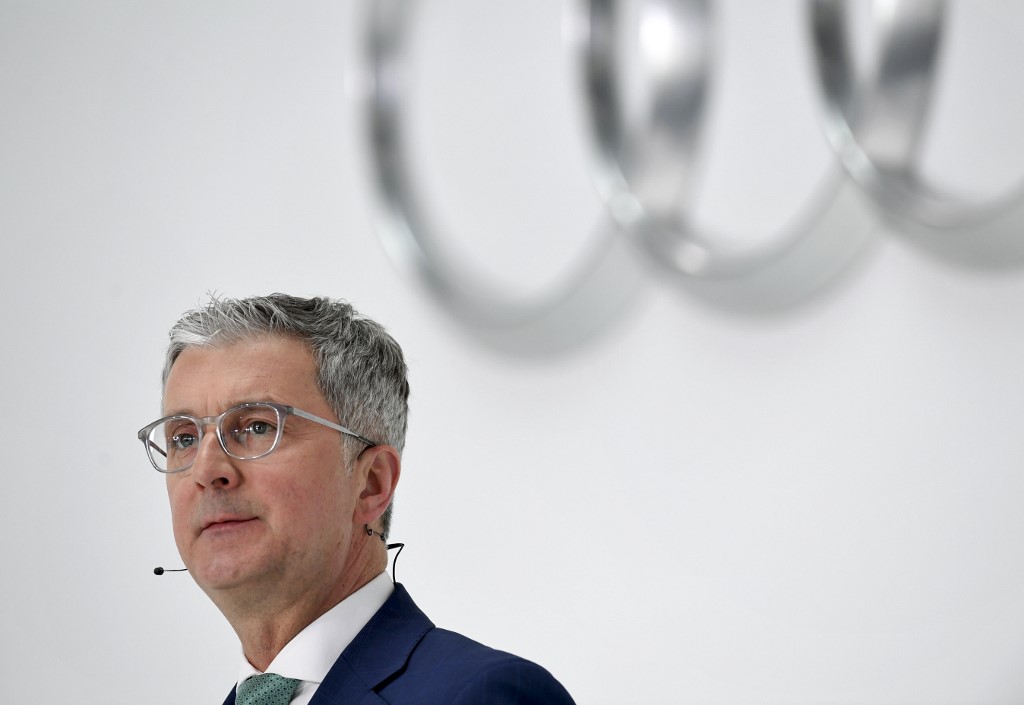 FRANKFURT AM MAIN, Germany – Former Audi chief executive Rupert Stadler could become the first auto boss to stand trial in Germany over the “dieselgate” emissions cheating scandal, 4 years and tens of billions of euros after parent company Volkswagen first admitted to the scheme.

Munich prosecutors said in a statement Wednesday, July 31, they had charged Stadler and 3 others with “fraud, falsifying certifications, and illegal advertising,” lining them up for an as-yet unscheduled hearing before a specialist court for economic crimes.

The move places Stadler at the same stage of criminal proceedings as former VW chief executive Martin Winterkorn, who stepped down after the mass fraud affecting 11 million vehicles worldwide was uncovered in September 2015.

Winterkorn was in April charged with serious fraud, unfair competition, and breach of trust by prosecutors in Brunswick.

It will now be up to judges in the two cities, close to Audi HQ in Ingolstadt and VW’s massive Wolfsburg factory, to decide when the executives’ cases are heard.

The charges against 56-year-old Stadler are linked to over 434,000 VW, Audi, and Porsche cars fitted with “defeat devices” to fool regulators’ emissions tests.

Such software, applied to diesel-fueled cars, allows the vehicles to detect when they are being tested in the lab and squeeze output of harmful gases like nitrogen oxides (NOx) far below actual levels released on the road.

Stadler was chief executive at Audi for 11 years, becoming the first car industry boss arrested over the far-reaching scandal in June 2018.

Investigators said the detention was over suspicions he was trying to influence witnesses, but ultimately released him in October.

A career Audi man, he joined the firm with the four-ring logo in 1990 and became CEO in 2007, before being replaced at the top by Dutchman Bram Schot following his arrest.

Porsche and VW cars fitted with cheating engines from the high-end subsidiary also continued rolling out of dealerships.

“Until the accusations have been cleared up, all suspects enjoy the presumption of innocence,” Audi said in a statement Wednesday.

The company added that it was “cooperating fully with the investigating authorities.”

Audi paid an 800-million-euro ($892 million) fine to close criminal investigations into the company itself last year, matched by one billion euros paid by Volkswagen and 535 million euros from Porsche.

Sprawling 12-brand group Volkswagen has so far been hit with over 30 billion euros ($33.5 billion) of costs relating to dieselgate, much of it for fines, buybacks, and compensation payouts in the United States.

Dozens of individuals remain under investigation in Germany, including former chief executive Matthias Mueller, who took over from Winterkorn, present boss Herbert Diess, and supervisory board chairman Dieter Poetsch.

And shareholders are pursuing the company in court for up to 9 billion euros of compensation for their losses in the days after the scandal went public, while more than 410,000 German car owners are demanding compensation in a first-of-its-kind mass action lawsuit in Germany.

Beyond the legal consequences, the scandal has jolted the auto industry, Germany’s largest with around 800,000 employees.

Other manufacturers like Mercedes-Benz parent Daimler have found themselves accused of cheating.

VW is making a massive shift to electric vehicles in response to both dieselgate and tougher EU carbon emissions rules set to bite from next year.

And German politics was for much of 2018 consumed with debate over whether and how to ban the most polluting diesel vehicles from city centers, in a battle between environmentalist activists and elected officials often accused of being too cozy with the carmakers. – Rappler.com