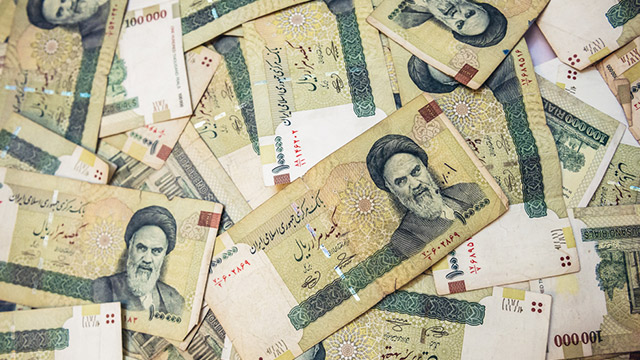 TEHRAN, Iran – The government in sanctions-hit Iran on Wednesday, July 31, approved a plan to remove zeros from the rial and rename the currency – something its people have long been doing to simplify transactions.

“The cabinet today agreed on a bill to eliminate 4 zeros from the currency and that ‘toman’ will be our national currency,” government spokesman Ali Rabiei told reporters in Tehran.

The value of the Iranian rial has hit low after record low since last year.

That was after US President Donald Trump announced the United States was unilaterally withdrawing from the 2015 Iran nuclear deal and reimposing biting sanctions.

At the time, long queues were seen outside exchange offices, before the Iranian government took drastic measures by arresting unlicensed dealers and freezing the accounts of speculators.

This means anyone without a bank card has had to virtually abandon coins and carry around thick wads of banknotes in their purses or wallets just to make everyday purchases.

In a bid to simplify transactions, Iranians have long referred to their currency as the toman and chopped off a zero – a unique system that is a source of confusion for foreign visitors.

The Iranian government has now acknowledged this with its latest move, which needs to be forwarded to parliament for final approval.

“This will make the national currency more effective,” said the spokesman Rabiei.

“It will be more in line with common practice in society…. The rial is not used that much.

“Coins will once again come into circulation,” he added.

The International Monetary Fund has forecast Iran’s economy to shrink by 6% this year due to sanctions and rising instability in the Middle East. – Rappler.com