Facebook Twitter Copy URL
Copied
Year-to-date, agricultural output is down by 0.24%. The government is aiming for it to reach 3.5% in 2019.

MANILA, Philippines – The country’s agricultural output contracted by 1.27% in the 2nd quarter of 2019 due to the decline in crops production, said the Philippine Statistics Authority (PSA) on Wednesday, August 7.

At current prices, the value of agricultural production amounted to P424.6 billion, 5.2% lower than the previous year’s level. Year-to-date, output went down by 0.24%. 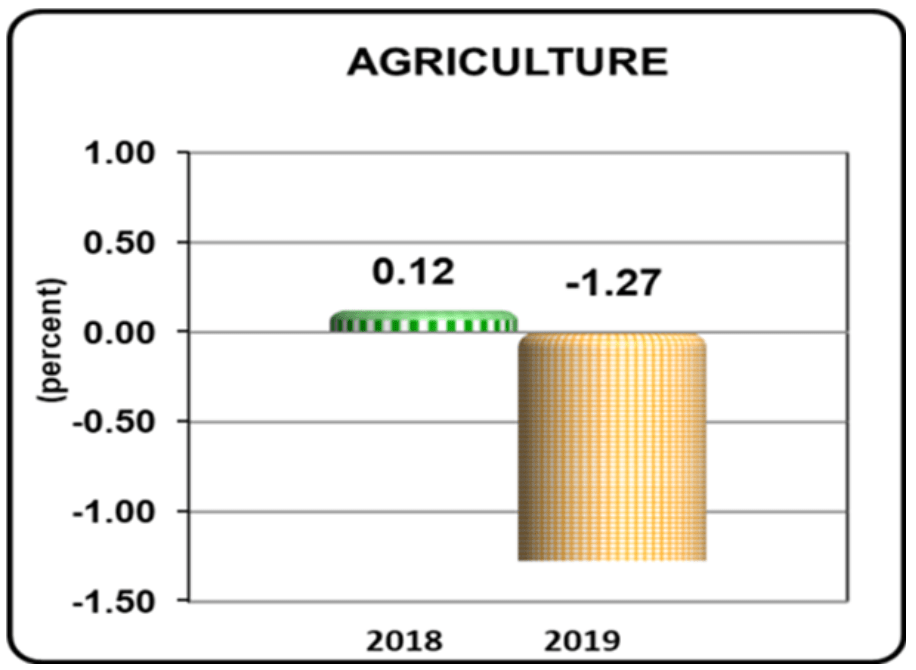 Crops accounted for 47.4% of the total agricultural output during the 2nd quarter.

“Harvestable palay was adversely affected by [the] dry spell that brought down production,” the PSA said.

The government’s economic managers previously said that the mild El Niño would have minimal impact on agriculture.

Acting Agriculture Secretary William Dar said he aims to gradually improve the sector and hit growth as high as 4% in the coming years.

Farm mechanization, infrastructure development, crop diversification, and legislative measures are some of his proposals.

The government is targeting to reach 3.5% growth in farm production for 2019. – Rappler.com