Trump moving ahead with new tariffs on Chinese products

Aug 31, 2019 11:12 PM PHT
Agence France-Presse
Facebook Twitter Copy URL
Copied
More than $250 billion worth of China's $540 billion in exports to the US are already subject to tariffs 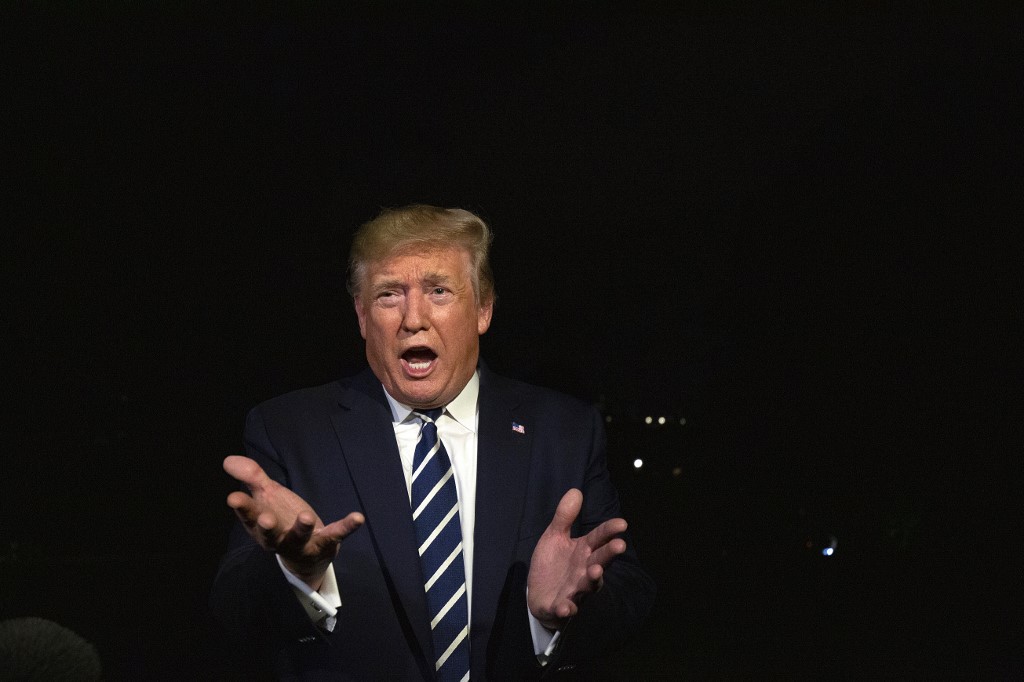 WASHINGTON, US – Washington is moving ahead Sunday, September 1, with new tariffs on Chinese imports as it steps up a high-pressure campaign aimed at coercing Beijing to sign a new trade deal even amid fears of a further slowing of US and world growth.

The additional 15 percent tariffs, affecting a portion of the $300 billion in goods from the Asian giant that so far has been spared, will take effect at 04H01 GMT, according to the US Trade Representative’s office.

President Donald Trump on Friday, August 30, ruled out any further postponement. “They’re on,” he told reporters.

Economists at the Washington-based Peterson Institute for International Economics estimate $112 billion in goods will be affected.

The trade war touched off by Trump more than a year ago received its latest jolt last week with the US announcement that all Chinese goods would be subjected to tariffs by the end of this year.

Trump’s announcement earlier this month drew a retaliatory move from Beijing, which said it would target $75 billion in US goods, beginning in part on September 1.

Hundreds of US companies and professional groups have appealed to the Trump administration to postpone the new tariffs, saying they would destroy jobs and place a burden on consumers.

But on Friday, the Republican president, already campaigning for a second term, said those complaining were themselves partly at fault.

“Badly run and weak companies are smartly blaming these small Tariffs instead of themselves for bad management,” he tweeted. “…and who can really blame them for doing that? Excuses!”

Days earlier, Trump caused widespread consternation when he tweeted “I hereby order” American companies to stop doing business with China, sparking both doubts and derision. His aides quickly sought to dial it back.

The president launched his trade war in March 2018, demanding that China end practices widely seen as unfair, such as forced technology transfers from US firms and the massive subsidies given Chinese enterprises. (READ: US-China trade war: Where does the Philippines stand?)

While the strategy is clearly weighing on the Chinese economy, it has produced few positive results.

A further round of tariffs could sharply cut Chinese growth, the International Monetary Fund recently predicted, and continuing tensions could spark a global slowdown.

Yet Chinese leaders have shown little inclination to give in.

Trade negotiations have been at an impasse for months.

At the recent G7 meeting in France, Trump spoke of new communications between US and Chinese negotiators – giving financial markets a brief boost – but China’s foreign ministry said it was unaware of such contacts.

While the US president insists the American economy has been unaffected by the trade war, he has identified a culprit should things slow down: the Federal Reserve.

For now, the US economy is doing well, to judge by GDP growth and a still-low inflation rate.

But the trade war has clearly weighed on company investment practices and consumer confidence – which in August marked its sharpest decline since December 2012, according to a University of Michigan study.

“The August data indicate that the erosion of consumer confidence due to tariff policies is now well under way,” said Richard Curtin, the economist who directs the Michigan survey.

In a sign of administration concern about the impact of the new tariff round – particularly ahead of this year’s Christmas shopping season – some Chinese products will not be affected until December 15.

They include cell phones, laptop computers and some toys.