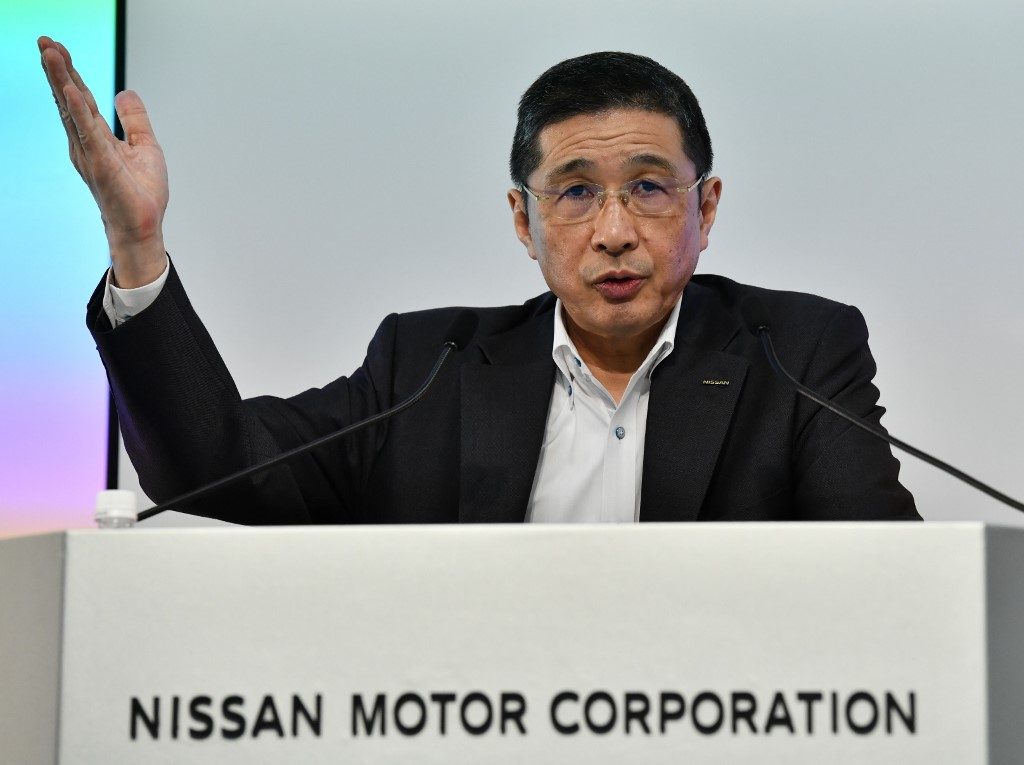 Nissan is already mired in scandal over the arrest and ouster of ex-boss Carlos Ghosn, who is accused of wrongdoing including misrepresenting his compensation.

And on Thursday, current chief executive officer (CEO) Hiroto Saikawa acknowledged he had received pay to which he was not entitled.

“I left the issue to someone else so I had thought it was dealt with in an appropriate manner,” he told reporters in Tokyo.

But he denied any wrongdoing and said he would return the excess payments.

The admission came after local media reported an internal Nissan probe found that Saikawa and other executives received more equity-linked remuneration than they were entitled to.

Contacted by Agence France-Presse (AFP), the automaker said “findings from Nissan’s internal investigation are scheduled to be reported to the board of directors on September 9.”

“We have heard that share appreciation rights will also be part of this report,” it added, declining to comment further.

The Nikkei business daily said Saikawa was suspected of improperly adding 47 million yen ($443,000) to his compensation by altering the terms of a bonus.

The matter will be reported to Nissan’s board meeting later this month, reports said.

However, Nissan does not believe the overpayment was illegal, Kyodo News reported, citing unnamed sources.

The overpayments were made in a scheme known as stock appreciation right, under which directors can receive a bonus if their company’s share price rises above a certain level in a set time period.

Nissan is currently undergoing an overhaul intended to strengthen governance after the Ghosn scandal.

In June, Nissan shareholders voted in favor of various measures including the establishment of 3 new oversight committees responsible for the appointment of senior officials, pay issues, and auditing.

They also approved the election of 11 directors as the firm restructures, among them two Renault executives as well as Saikawa.

The reforms are designed to put Nissan on a more stable footing after the arrest of Ghosn, who has been sacked from his leadership roles at the Japanese firm and others.

He is awaiting trial on charges of underreporting millions of dollars in salary and of using company funds for personal expenses.

He has denied any wrongdoing and accuses Nissan executives opposed to his plans to further integrate the firm with France’s Renault of plotting against him.

Tatsuo Yoshida, an analyst with Bloomberg Intelligence, told AFP that Saikawa’s “leadership authority is jeopardized” by the pay scandal.

Already weakened by the Ghosn fallout, Saikawa’s standing as CEO is “even more fragile than before,” Yoshida said.

“Before, the chances of his resignation were maybe 30%, the chances are now 50-50 or even higher.” – Rappler.com