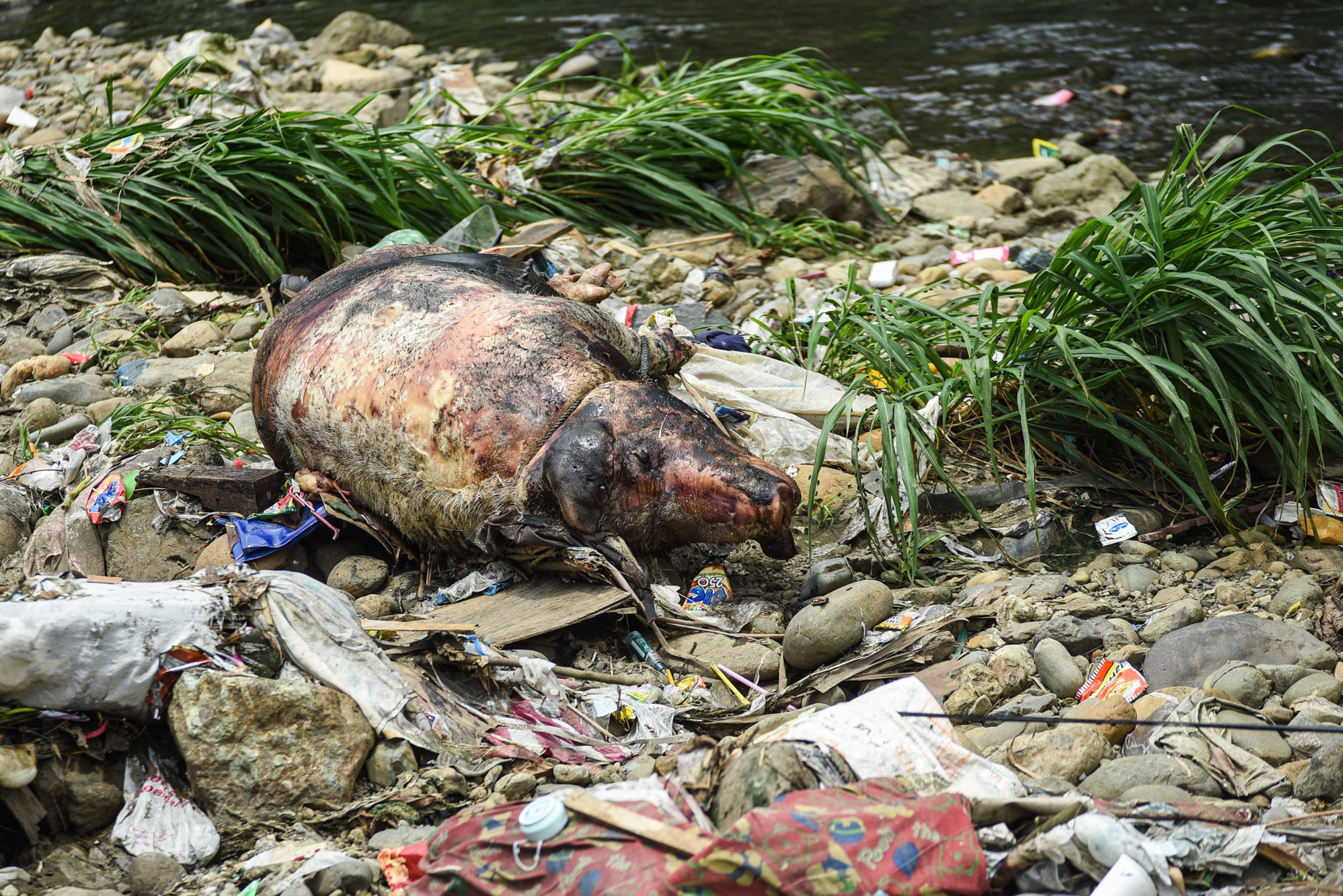 Facebook Twitter Copy URL
Copied
The Department of Agriculture says the African swine fever cases in Rizal and Bulacan may be considered an outbreak, but not an epidemic

MANILA, Philippines – Agriculture Secretary William Dar appealed to media and the general public not to ignite fears regarding African swine fever (ASF), as unverified reports could cause “irreversible damage to the country’s P260-billion swine industry.”

In a statement on Monday, September 16, the Department of Agriculture (DA) said the ASF episodes in several areas in Bulacan and Rizal may be considered an outbreak, but not an epidemic. (READ: FAST FACTS: What is African swine fever?)

Dar also said, “[The] ASF outbreak [is] managed, contained, and controlled in Rizal and Bulacan.”

An outbreak is a “sudden rise in the incidence of a disease” and typically is confined to a localized area or a specific group of people.

Meanwhile, an epidemic is an outbreak of a contagious disease that has become more severe and less localized.

Dar said 7,416 pigs in the 1-kilometer radius in ASF areas in Rizal and Bulacan have already been depopulated.

The DA has yet to determine the cause of death of several pigs in Quezon City.

Checkpoints and protocols were also enhanced. These are being done in partnership with local government units, police, soldiers, and the private sector. (READ: African swine fever: Cebu bans live hog imports from Luzon)

Continuous, strict surveillance is also being conducted in areas near ASF-infected barangays in Rizal and Bulacan.

Dar assured the public that the outbreak will not affect the supply and prices of pork in the market. – Rappler.com