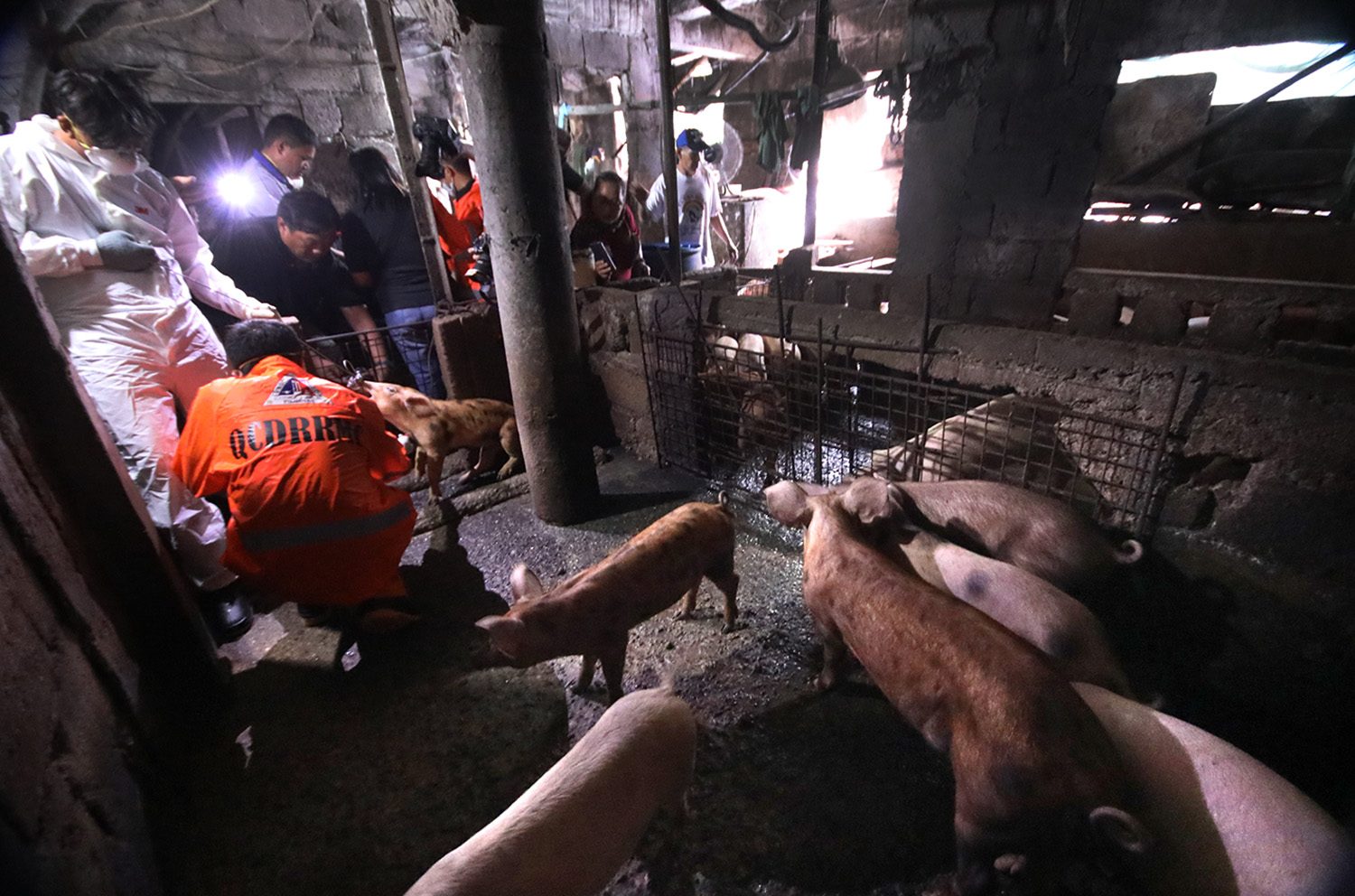 Facebook Twitter Copy URL
Copied
Those tested positive for ASF in QC are hogs raised in the backyards of barangays Bagong Silangan, Payatas and Tatalon

In ambush interview on Tuesday, October 1, Dar said that the pigs in Barangay Tatalon, were also afflicted by the dreaded disease.

Like in the first two confirmed ASF-infected barangays – Barangay Bagong Silangan and Barangay Payatas – the virus was detected from the stock of backyard hog raisers.

As of this posting, the Quezon City government has not responded to text messages from Rappler asking for comments on the presence of ASF in Barangay Tatalon.

Earlier, the Department of Agriculture said that the disease was already contained in the regions of Bulacan and Rizal.

In Quezon City, backyard hog raisers in Payatas have resisted offers of financial aid by the the local government in exchange for culling their pigs, fearing big financial losses.  – with reports from Ralf Rivas/Rappler.com