Design of new P20 coin to be unveiled in December 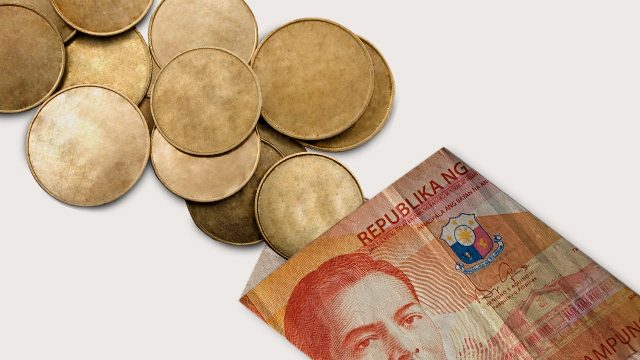 Facebook Twitter Copy URL
Copied
The P20 coin will initially coexist with the banknote version. But the banknote will be gradually removed from circulation.

MANILA, Philippines – The Bangko Sentral ng Pilipinas (BSP) is still keeping the P20 coin design under wraps, but noted that it is on track to reveal the look of the new coin this December.

The new coin will be in circulation in 2020, following findings that the P20 banknote suffers the most wear and tear.

A study by the University of the Philippines noted that it is the most used denomination for payments across the country. It is easily rendered unfit for circulation and often returned to the BSP for replacement.

“As such, the issuance of a coin in lieu of a banknote is more cost-efficient in terms of currency production in the long run,” the BSP said.

The P20 coin will initially coexist with the banknote version as legal tender. However, the banknote will be gradually removed from circulation.

The BSP will also release an enhanced P5 coin by the end of 2019. It will be distinct from other denominations in the New Generation Currency series.

Some have pointed out that Philippine coins look and feel similar, making them confusing to use.

“The changes were based on studies on the design, security features, and specifications of the new coins,” the BSP said. – Rappler.com