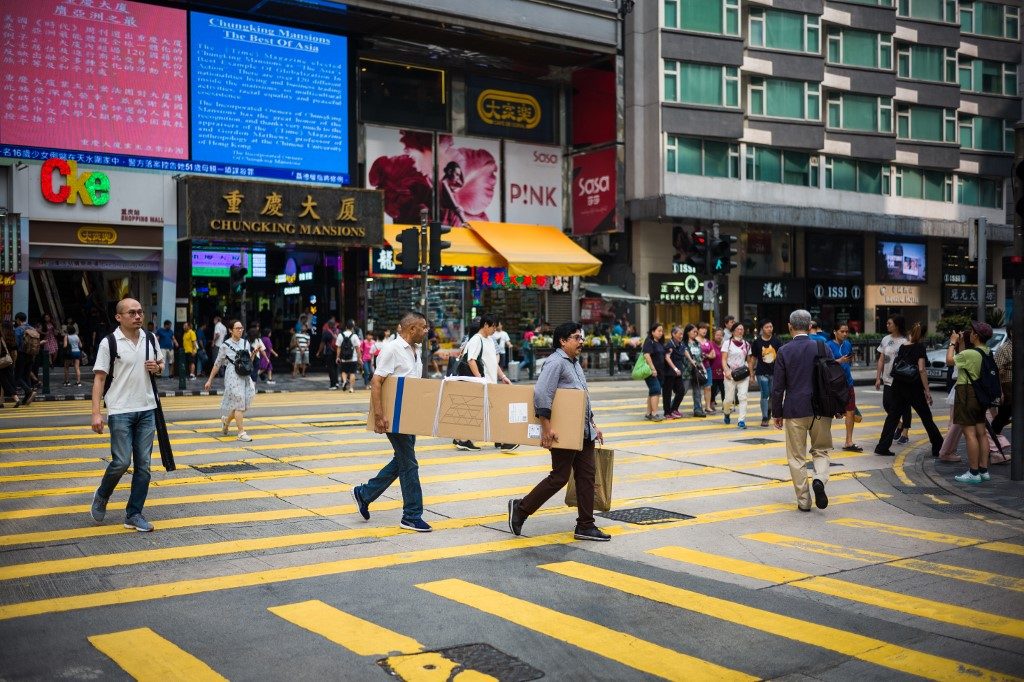 HONG KONG – Hong Kong on Thursday, October 31, confirmed it had plunged into its first recession since the global financial crisis as months of seething pro-democracy protests and the United States-China trade war exact a heavy toll on the financial hub.

The semi-autonomous Chinese city has been upended by nearly 5 months of huge, often violent, pro-democracy demonstrations with little end in sight as Beijing and city leaders adopt a hardline approach.

Clashes between protesters hurling bricks and petrol bombs at police wielding tear gas and rubber bullets have become a weekly occurrence, hammering the city’s once-solid reputation for stability and safety.

The unrest has hit the city’s tourist and entertainment industries hard, compounding economic woes that were already being caused by the global trade war.

Figures released by the government on Thursday showed gross domestic product (GDP) shrank 3.2% in the 3rd quarter compared with the previous period, when it saw a 0.4% drop.

That means the city is experiencing a technical recession, with two back-to-back periods of contraction.

It is the first time the city has witnessed a recession since early 2009 at the height of the financial crisis.

Year-on-year GDP also shrank 2.9%, its sharpest drop in a decade.

Hong Kong’s economy was already facing strong headwinds at the start of 2019 as it was hit by the US-China trade war, battering a city that is hugely reliant on the world’s two largest economies.

In the 1st quarter the city was growing at a lackluster 0.6%.

But the protests that erupted in June only made matters worse.

Last week Financial Secretary Paul Chan warned it was “very likely” the city would end the year in a full-blown recession.

Overseas visitors have fallen by as much as 40%, especially from mainland China which accounts for 80% of the city’s tourists.

Retail figures in August fell 23% on-year, their worst decline on record. September’s retail figures will be released Friday, November 1, and are expected to show an even steeper 30% drop according to Bloomberg News.

Earlier this week Chief Executive Carrie Lam, who has record low approval ratings, said tourist arrivals at the beginning of October fell by as much as 50%.

The period – known as Golden Week – is usually a boom time for mainland Chinese travelers as it coincides with a lengthy national holiday.

Hong Kong’s monetary authority cut its benchmark interest rate on Thursday, after the Federal Reserve’s latest reduction, a move it has to do given the city’s currency is pegged to the US dollar.

HSBC followed suit by lowering its prime lending rate for the first time in 11 years, illustrating the shockwaves coursing through the city’s economy.

“We hope that it will bring some relief to our customers and maybe a little bit of sunshine to the gloomy economic outlook,” HSBC’s Asia-Pacific advisor George Leung told reporters.

Officials have taken some comfort from the fact that neither the trade war nor the political unrest appears to have caused any major capital flight while the dollar rate, deposit level, and exchange rates have remained largely stable.

Lam and Beijing have shown little appetite to meet protester demands, or to find a political solution, choosing instead to wait out a movement that has remained stubbornly resilient and appears to maintain significant public support despite the economic hardship.

“Even after an eventual calm is restored, it will likely take a long time for tourism-related sectors to recover,” Tommy Wu, a senior economist with Oxford Economics, told Bloomberg News. – Rappler.com