Dec 6, 2019 9:46 PM PHT
Ryan Macasero
Facebook Twitter Copy URL
Copied
Once completed in 2021, it will be the longest of the 3 bridges, connecting the southern towns of Cebu with Mactan Island, where the international airport is located 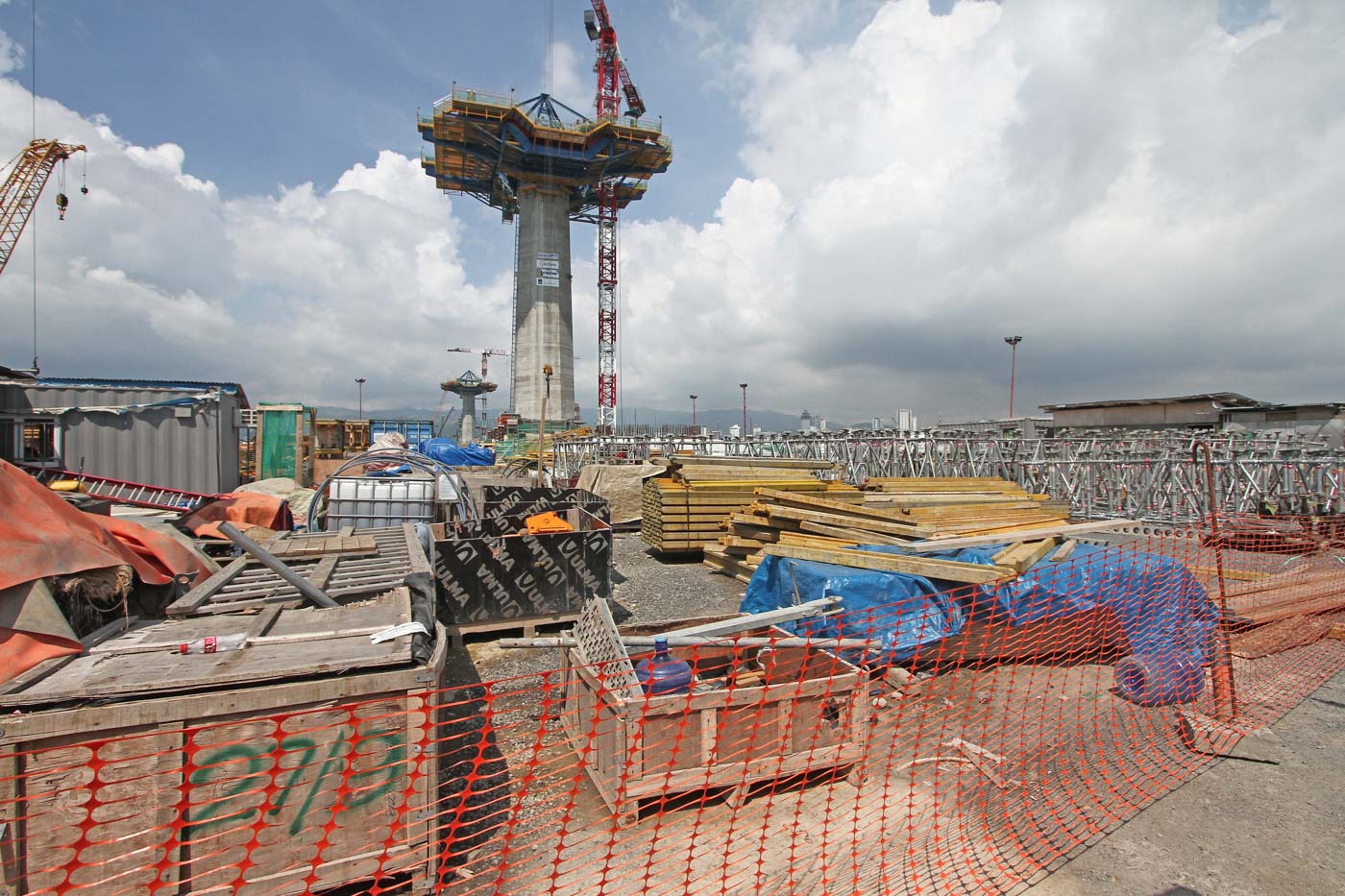 Civil work on the bridge started in July 2018 and is on track for completion by August 2021.

While the public-private partnership (PPP) project was already inked prior to the administration’s aggressive Build, Build, Build infrastructure initiative in 2016, President Rodrigo Duterte led the groundbreaking of the bridge in 2017.

Once completed, it will be the longest of the 3 bridges, connecting the southern towns of Cebu with Mactan Island, where the international airport is located, as well as the Mactan Export Processing Zone. 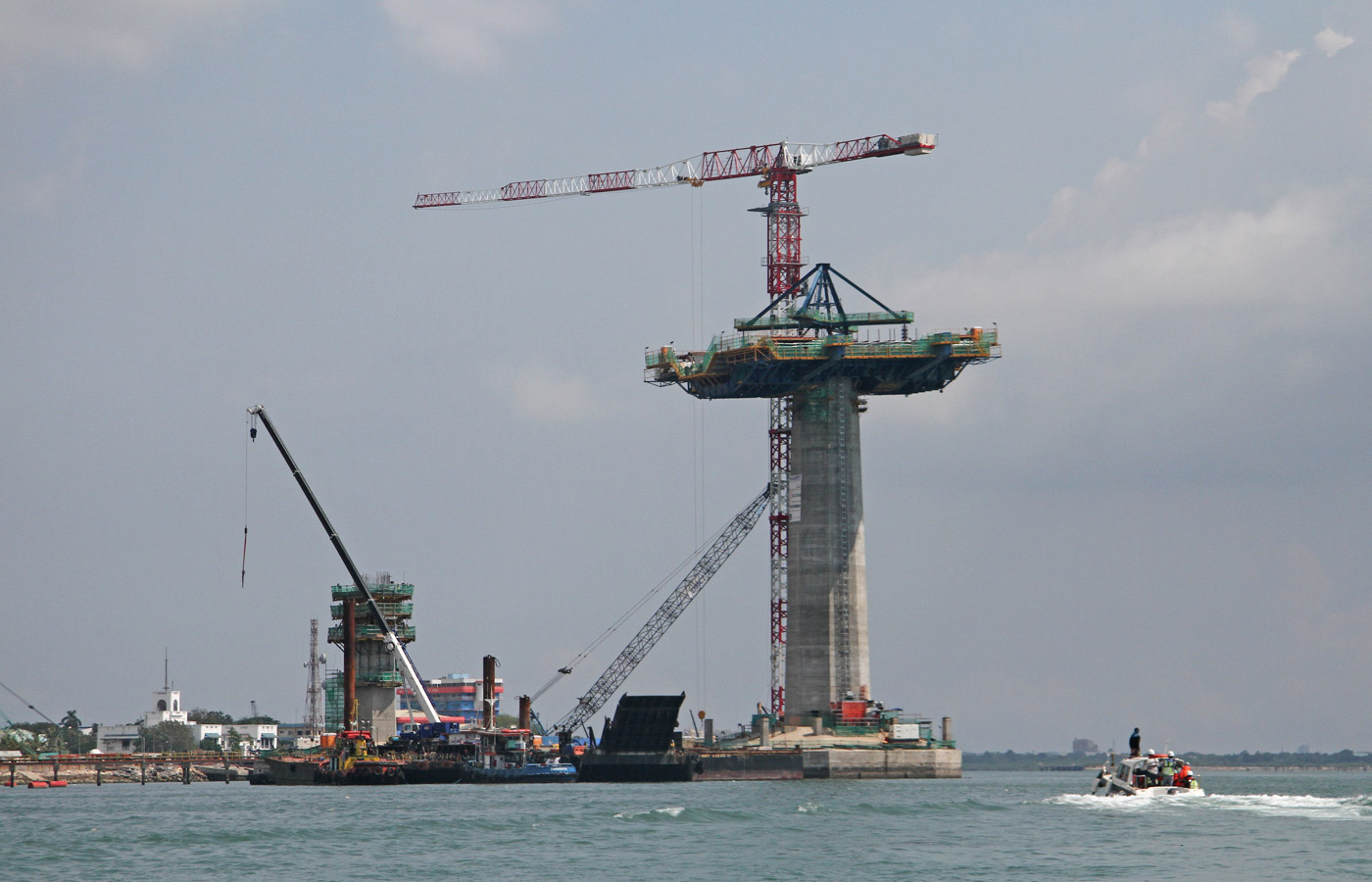 According to project manager Robert Uthwatt, the bridge is also designed to withstand up to a magnitude 7.75 earthquake on the Richter scale, and up to 250 kilometer per hour winds, or about a category 5 typhoon.

This would also be the only one of the 3 bridges that would charge a toll fee.

According to CCLEX President and General Manager Allan Alfon, the bridge was designed so that it does not disrupt the busy sea activity below in the Mactan Channel.

“We assured the motoring public that marine traffic at the Mactan Channel will continue as usual even as work for the main bridge above the navigational waters starts,” Alfon said.

In 2018, when the project was just starting, fishermen in Cordova town protested the project over concerns that they would have a difficult time passing through the bridge because some parts are built over a causeway.

But Uthwatt said that they designed the causeway with space to allow small fishing vessels to pass through so that fisherfolks would not be forced to take a longer route to their fishing grounds.

There are currently over 1,800 people working on the project, including construction workers, engineers and consultants.  CCLEX is expected to hire hundreds more in 2020.

Aside from traffic decongestion, project proponents believe the bridge would improve economic investment and generate jobs in Cordova town and improve productivity on the island.

A study had also been completed earlier this year by the Japan International Cooperation Agency for the construction of a 4th Mactan bridge that would connect Barangay Ibo in Lapu Lapu City to Barangay Paknaan in Mandaue City. This bridge, once completed, would directly connect Mactan to the northern towns.

Local executives have been scrambling to come up with solutions to address worsening congestion in Metro Cebu – an area that has seen rapid economic growth but has been lagging behind in infrastructure and mass transportation development.

To address this, Cebu City Mayor Edgar Labella endorsed a plan to develop an intermodal public transit system, which includes a bus rapid transit system whose stations would be fed by jeepney routes, and connects to a monorail system. (READ: Cebu congressman backs Udenna’s bid for monorail project to address ‘traffic crisis’)

The monorail project – under the unsolicited bid of Udenna Corp’s Dennis Uy – includes a 17-kilometer central line from Talisay City in the south to Cebu City, and another 9-kilometer line from the Mactan Cebu International Airport to Cebu City. – Rappler.com