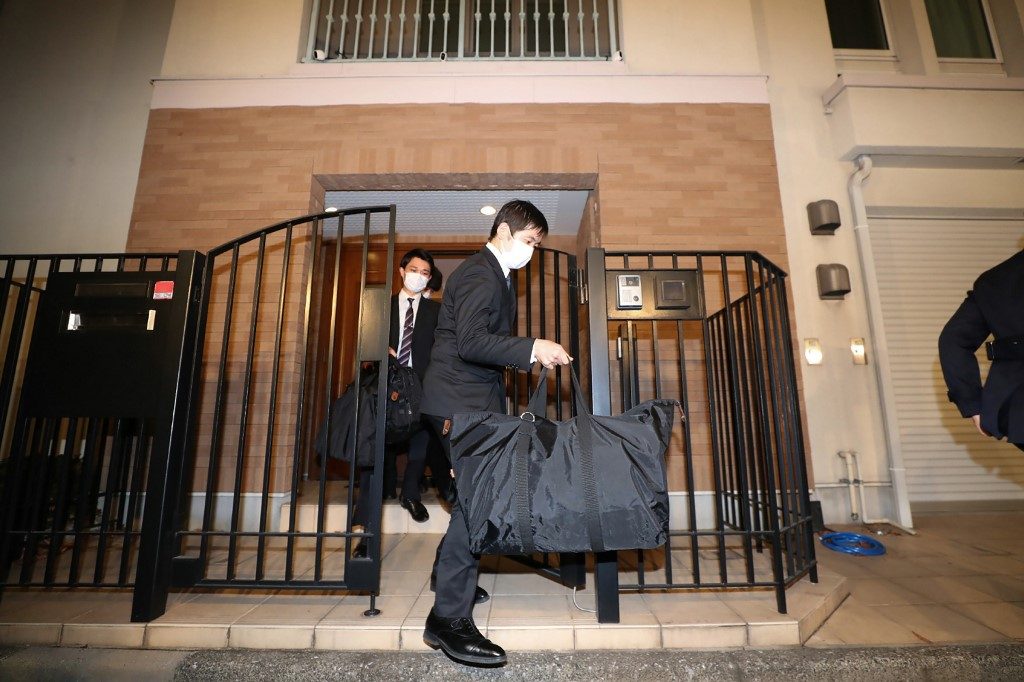 TOKYO, Japan – Officials on Thursday, January 2, raided the Tokyo residence of former Nissan boss Carlos Ghosn who fled to Lebanon to avoid a Japanese trial, while Turkey detained several people as part of a widening probe into the security lapse.

Ghosn, who faced multiple charges of financial misconduct that he denies, won bail in April but with strict conditions – including a ban on overseas travel.

But the disgraced executive, who has French, Brazilian and Lebanese nationalities, managed to slip out of Japan on Sunday, December 29, despite having handed over his 3 passports to his lawyers.

A court in Tokyo had allowed Ghosn to keep a second French passport as he needed one to travel inside Japan, a source close to the matter told Agence France-Presse (AFP) Thursday.

“He had to keep this passport” to prove his short-stay status, the source said, adding: “There was permission from the court.”

Ghosn was allowed this French passport so long as it was kept in a locked case with the code held by his lawyers, the source said.

There is no emigration data showing Ghosn’s departure from Japan but he entered Lebanon on a French passport, public broadcaster NHK said.

One claim in the Lebanese media was that the mogul was sprung from his Tokyo residence in a musical instrument case – a story a source in his entourage denied.

He is thought to have taken a private jet from Kansai Airport in western Japan on December 29, heading for Istanbul. It is believed Ghosn headed from there to Beirut.

Turkey’s interior ministry has opened an investigation into Ghosn’s apparent transfer between private jets at an Istanbul airport on Monday, December 30.

Prosecutors, meanwhile, raided his former Tokyo residence Thursday as part of an initial investigation into his escape.

Authorities are expected to analyze security camera footage from his residence and other places they suspect Ghosn travelled to before he fled, NHK said.

Police suspect “several” people accompanied him to help him escape “in an unlawful manner,” it added.

The Japanese government has yet to issue any official statement on the case.

When his defense lawyers were arguing for bail, prosecutors claimed he was a flight risk with powerful connections, but Ghosn himself said he wanted to be tried to prove his innocence.

One of his lawyers also said at the time that he was such a famous face he had no chance of slipping away undetected.

Several countries allow people to have two passports of the same nationality – for example if they are frequent travelers constantly needing visas, or visit nations in conflict with each other.

The Japanese government is likely to ask Lebanon to extradite Ghosn through diplomatic channels, but chances of his handover appear slim as Beiruit has no extradition accord with Tokyo.

The French government said on Thursday it would not extradite Ghosn if he arrived in the country because it does not extradite its nationals. – Rappler.com