Carlos Ghosn’s escape: What we know 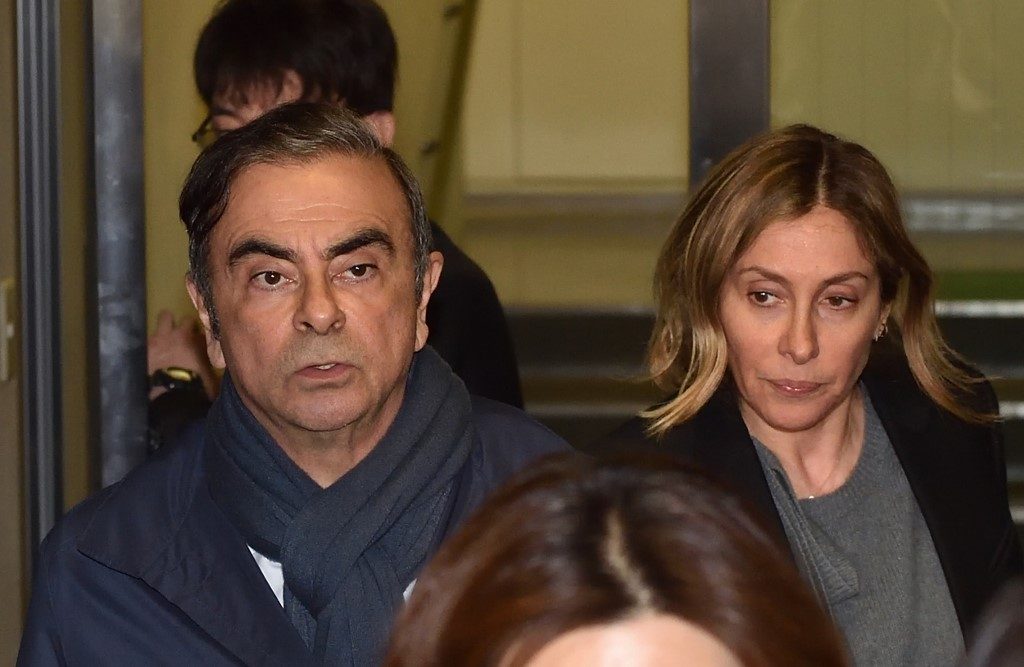 PARIS, France – From jumping bail in Japan and fleeing to Lebanon to be met with an arrest notice from Interpol, Carlos Ghosn has had a busy 3 days as a fugitive.

Here’s what we know about the former Renault-Nissan boss’s escape.

Hid in an instrument case

The exact circumstances of his departure from Japan, where he was under house arrest pending trial, are still shrouded in mystery.

According to Japan’s Kyodo news agency, Ghosn was smuggled out by private security operatives who pretended to be part of a music group for a Christmas party at his residence.

Quoting a Lebanese consultant in Tokyo, Kyodo said Ghosn hid in an instrument case before boarding a private jet – a scenario a member of Ghosn’s entourage has denied.

Ghosn is believed to have taken a private jet from Kansai Airport in western Japan on December 29, to Istanbul.

It is believed that he then flew from there to Beirut.

Turkey’s interior ministry has opened an investigation into Ghosn’s apparent transfer between private jets at an Istanbul airport on Monday, December 30.

The investigation is focused on two flights.

The first, a Bombardier labelled TC-TSR, flew from Osaka in Japan, landed in Istanbul at 5:15 am and parked in a hangar.

The second was a private jet to Beirut, a Bombardier Challenger 300 TC-RZA, which left 45 minutes later, according to DHA.

Ghosn said in a statement on Thursday, January 2, that he acted alone without his family’s help.

There is no emigration data showing Ghosn’s departure from Japan but he entered Lebanon on a French passport, according to airport documents seen by AFP.

Lebanon said the former car mogul – who holds Lebanese, French and Brazilian nationalities – had entered the country “legally” at dawn on Monday.

His 3 passports were held by his Japanese lawyers, to limit the risk of flight.

Japanese broadcaster NHK reported that the court in Tokyo had nonetheless allowed Ghosn to keep a second French passport so long as it was kept “in a locked case” with the key held by his lawyers.

Interpol, the international police cooperation body, has issued a “red notice” for Ghosn’s arrest in the wake of him fleeing Japan.

However, a Lebanese judicial source told AFP that Lebanon and Japan do not have an extradition agreement under which Ghosn could be sent back to Tokyo.

Ghosn stands accused in Japan of deferring part of his salary until after his retirement and concealing this from shareholders, as well as syphoning off millions in Nissan cash for his own purposes.

His home in France was searched in June as part of a probe into his sumptuous marriage celebrations at the Palace of Versailles in 2016.

And 3 lawyers in Lebanon submitted a report to the public prosecutor Thursday demanding that the businessman be prosecuted for a trip he made to Israel in 2008.

Details of just how he escaped could be clarified on Monday, January 6, when the former auto executive is to speak to the press in Beirut. – Rappler.com