NAIA flights ‘on hold’ due to Taal Volcano ash eruption 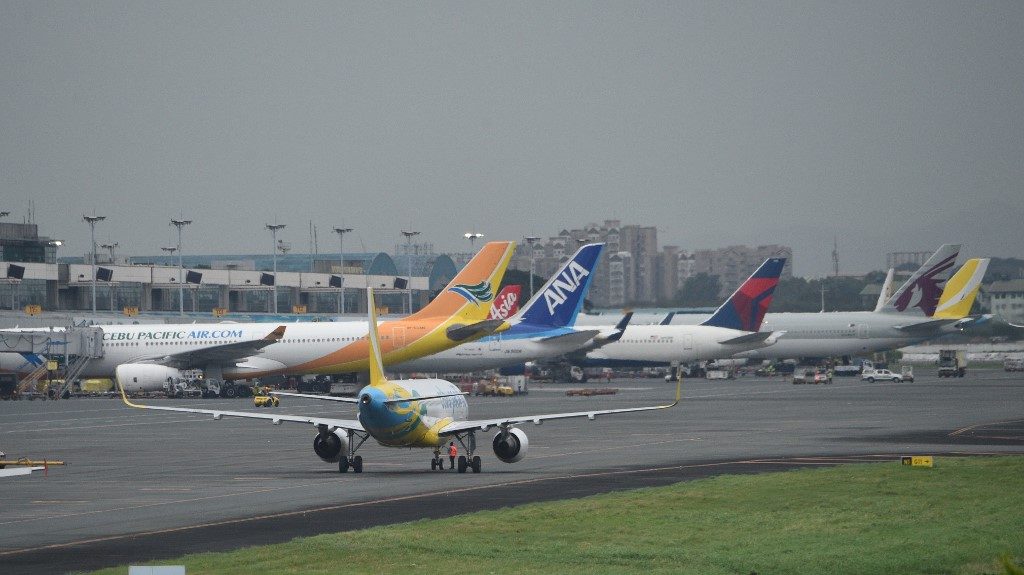 Ash has reached Metro Manila, including NAIA’s runways and ramps.

CAAP initially said the suspension would last only until 11 pm on Sunday, but in a new statement, said flights would be halted “until further notice.”

CAAP and the Manila International Airport Authority (MIAA) will reassess the situation on Monday morning, January 13.

So far, a total of 172 flights have been affected, with 169 of those canceled and 3 diverted.

MIAA General Manager Ed Monreal said passengers should not proceed to NAIA and must check with their respective airlines for flight updates.

MIAA added that passengers can call these numbers for flight information:

The Taal Volcano is about 85 kilometers from NAIA, the Philippines’ main airport.

The volcano was placed under Alert Level 4 on Sunday evening, meaning a “hazardous” eruption is possible “within hours to days.”

Thousands of Batangas residents fled their homes on Sunday afternoon.

Classes have also been suspended in some areas for Monday. – Rappler.com