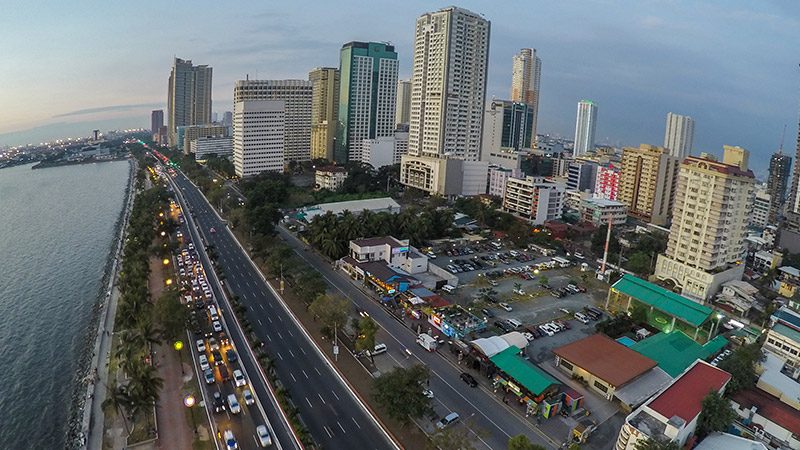 Facebook Twitter Copy URL
Copied
(UPDATED) GDP growth picks up in the 4th quarter of 2019, but the impact of the budget impasse proves to be too much as the overall target is not met

MANILA, Philippines (UPDATED) – The Philippines’ gross domestic product (GDP) grew by 6.4% in the 4th quarter of 2019, but it was not enough to propel the year’s average within the government’s target band.

The government aimed for economic growth to hit somewhere between 6% and 6.5%, but the 2019 average settled at 5.9%, said the Philippine Statistics Authority (PSA) on Thursday, January 23. This is the slowest growth in 8 years.

GDP growth needed to be at least 6.8% to cling on to the lower end of the target.

Growth was much slower than expected during the first half of the year due to the delayed passage of the 2019 budget over alleged pork barrel or illegal funds. The reenactment of the budget meant government underspending of over P1 billion per day for 4 months and stalled infrastructure projects. (READ: Budget delay kept 420,000 Filipinos poor – economic team)

“We have seen our economy facing several challenges right at the start of 2019 as the budget impasse led to delays in the implementation of government programs and projects. Adding to the problem was the election ban on certain, mainly infrastructure, projects,” said Socioeconomic Planning Secretary Ernesto Pernia.

“Therefore, we are thankful that our colleagues in Congress and the Department of Budget and Management ensured the timely passage of the 2020 General Appropriations Act and also approved the validity extension of the 2019 fiscal program until the end of this year – both of which are critical to our efforts to spur economic growth. Going forward, there is a need to reconfigure budget and disbursement protocols that are more robust,” he added.

Pernia also cited the mild El Niño during the first half of 2019, the spread of African swine fever in Luzon, as well as the global slowdown due to the trade war between the United States and China as drags for growth.

“We must now identify specific products for which the country could be an alternative manufacturing base, bearing in mind the comparative advantage for domestic players. The entry of these [multinational companies] and international players could serve as a way to better integrate our domestic industries into the global value chain and bolster our manufacturing growth in the long run,” he said.

The impact of monetary tightening by the Bangko Sentral ng Pilipinas (BSP) in 2018 was also felt in the first months of 2019.

“The growth miss and recent volcanic eruption’s damage could prod the BSP to cut policy rates sooner rather than later. We continue to pencil in a 25-basis-points rate cut at the February 6 meeting given the disappointing growth numbers,” said Nicholas Mapa, senior economist of ING Bank Manila.

The downward revision for the 3rd quarter from 6.2% to 6% also did not help lift the overall figure. The PSA noted slower growth in other services and construction.

The GDP is an economic indicator which accounts for all the finished goods and services produced within the country in a specific period. It is the most common measure of an economy’s size. – Rappler.com