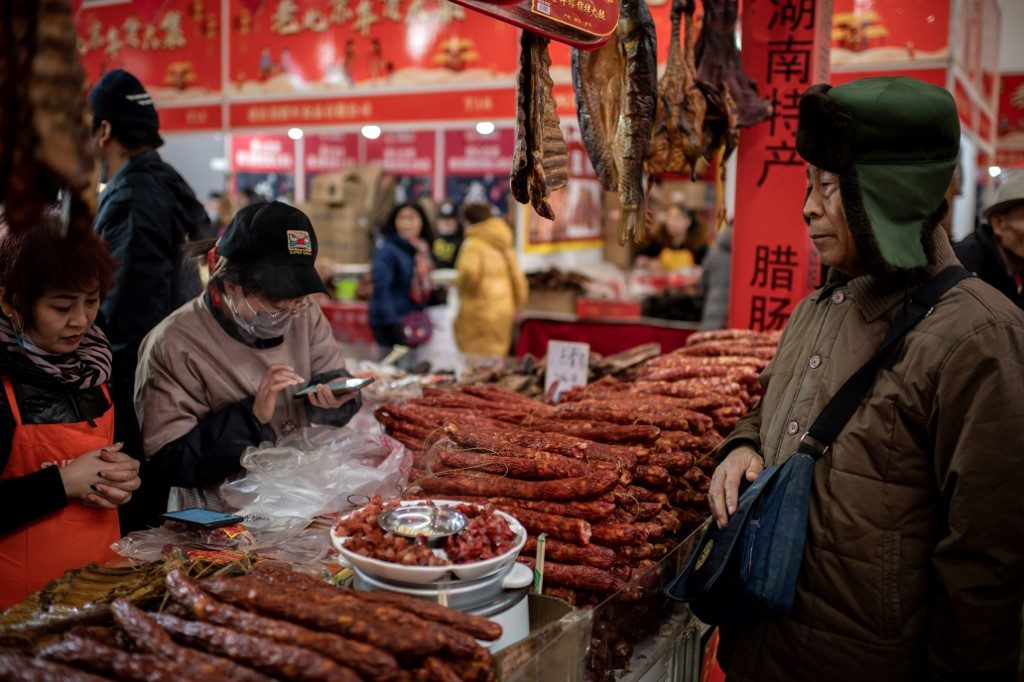 With the world’s No. 2 economy increasingly reliant on its consumers to drive growth, the virus has struck at the worst possible time with hundreds of millions of people fanned out across the country for the Lunar New Year holiday.

Gross domestic product (GDP) expanded at its slowest pace in 3 decades last year, hit by weak domestic demand and the trade war with the United States.

Still, figures in the final 3 months pointed to some stability and the recently signed trade pact with the US had provided further hope.

But Julian Evans-Pritchard of Capital Economics said there wasn’t “any doubt” the coronavirus outbreak – which has killed more than 100 people – would deliver a fresh blow, warning that transport and broader consumption would be hit, including dining and retail.

The holiday has been extended by 3 days, meaning the country may slowly get back to business only from Monday, February 3.

Some companies told employees to work from home or stay away, including tech giant Tencent, which told staff to work at home until February 10.

Popular restaurant chain Haidilao will close all its restaurants in China until the end of the month.

The government has canceled domestic and international group tours, a move that could have a serious impact on its tourism sector – a crucial industry worth 11% of the country’s total GDP.

Authorities on Tuesday, January 28, recommended that all Chinese travelers put their trips abroad on hold “in order to protect the health and safety of Chinese and foreign people” – bad news for the country’s airline industry.

Railway volume and air traffic on the first day of the Lunar New Year were both down more than 40% on last year, according to the deputy transport minister.

More than 2,000 high-speed trains – a popular mode of transportation in the vast country – have been suspended for days or weeks.

Another growing sector – the film industry – has also taken a hit.

China’s box-office earnings for Lunar New Year’s Eve were just one-tenth of last year as people shunned cinema crowds, and 7 key blockbusters set to be released during the holiday were canceled.

Stephen Innes, of AxiCorp, said it would not be until after the holiday that “the true extent of the carnage would be more evident.”

The shutdown has been most serious in central Hubei province – the epicenter of the virus – where train stations have been closed, events canceled, and theaters, libraries, and karaoke bars shut in some locations.

But beyond consumption and transport, the closure could have longer-term impacts to industry.

“Wuhan is an important hub and manufacturing center in central China. If the lockdown continues after the Lunar New Year holidays, it will affect industrial production, one of the key growth drivers,” said Raymond Yeung, chief China economist at ANZ Research.

Wuhan accounts for about 1.6% of China’s GDP, according to S&P.

Some 160 Japanese companies have offices in the city, according to the Japanese Chamber of Commerce in Wuhan.

Several foreign carmakers, including General Motors and Renault, produce vehicles in the city through joint ventures with Chinese companies.

The output value of the automobile and parts industry in Wuhan was around 400 billion yuan ($57 billion), according to a report in the Changliang Daily.

The city was predicted to have produced around 1.7 million vehicles in 2018, it said.

The outbreak is inevitably drawing comparisons to the 2003 SARS epidemic, which killed nearly 650 people across mainland China and Hong Kong.

Evans-Pritchard warned that the new virus faces spreading wider and faster than SARS, pointing out that overseas travel has risen tenfold and passenger traffic has more than tripled in the past 17 years.

During SARS, he said, passenger traffic halved, as did growth in the space of a few months.

But ANZ’s Yeung said the government had learned lessons on how to handle an epidemic and therefore the “impact should be less severe” than during SARS.

Oxford Economics said in a note that the outbreak could potentially be “a high impact, but short-lived event,” mostly forming a risk in the first two quarters. – Rappler.com