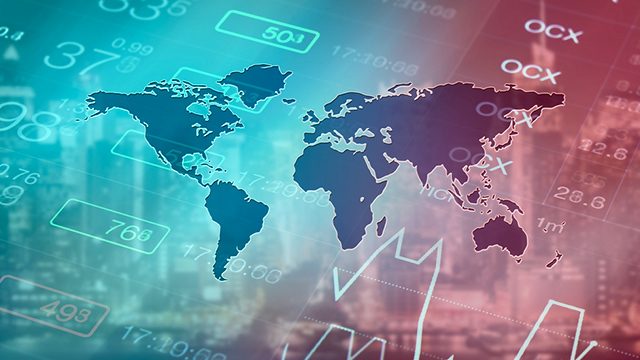 Facebook Twitter Copy URL
Copied
The United States Federal Reserve says 'there will clearly be implications' for Chinese output, but it is still 'very uncertain' how far it will spread

WASHINGTON, USA – The deadly virus outbreak in China has put the US Federal Reserve on alert for possible contagion to the domestic and global economies, but held its policy interest rate steady on Wednesday, January 29.

Fed Chairman Jerome Powell said that just as the global economy seemed to have stabilized, the coronavirus poses a new risk to growth in China and elsewhere. (READ: Virus crisis adds pressure on slowing Chinese economy)

The SARS-like outbreak in China has left at least 170 people dead and thousands sickened, while airlines have canceled flights and businesses have been shuttered.

That could undermine other major economies if global supply chains that flow from China are disrupted.

“There will clearly be implications at least in the near term for Chinese output and I would guess for some of their close neighbors,” Powell told reporters following the Fed’s policy meeting.

However, “the situation is really in its early stages and it’s very uncertain about how far it will spread and what the macroeconomic effects will be,” he said. “We are very carefully monitoring the situation.”

There remains grounds for “cautious optimism” about the global outlook,” Powell said, but “none of this is assured” given continued uncertainties, including the impact of the virus outbreak.

The policy-setting Federal Open Market Committee (FOMC) left the benchmark interest rate steady in the target range of 1.5% to 1.75%, as expected, at the end of its two-day meeting.

Policymakers also signaled that they want to see US inflation push a bit higher, to hit the 2% Fed target.

After cutting rates 3 times last year in their effort to buoy the economy amid President Donald Trump’s multi-front trade wars, this is the second policy meeting where the central bank has made no move, and it had seemed content to tread water unless there was a “material change” to the outlook.

The statement Wednesday repeated that policymakers will “continue to monitor the implications of incoming inflation for the economic outlook including global developments and muted inflation pressures.”

The Fed’s statement however focuses mostly on the domestic economy, noting that household spending has been “rising at a moderate pace,” a slightly less upbeat view than in December.

Slowing consumer spending on top of “weak” business investments and exports could undercut the Fed’s ability to meet its inflation goal, which is running at just 1.5%.

The statement tinkered with the wording from December to stress that the policy is aimed at “inflation returning to the Committee’s symmetric 2% inflation objective.”

The FOMC decision, though widely expected, is unlikely to please Trump, who has repeatedly berated the Fed and called on Powell to slash rates to zero to supercharge the US economy, which the president says is at a disadvantage against foreign economies with lower rates.

“The Fed should get smart & lower the Rate to make our interest competitive with other Countries which pay much lower even though we are, by far, the high standard,” Trump tweeted on Tuesday, January 28.

“We would then focus on paying off & refinancing debt! There is almost no inflation-this is the time (2 years late)!”

In a technical move, the Fed also slightly raised the interest it offers to banks with cash on deposit at the central bank, bumping it up to 1.6% from 1.55%, reversing the rate cut in September.

And the FOMC announced that it will continue the measures to boost the amount of cash available in the financial system at least through the 2nd quarter of the year.

The Fed had to take emergency steps in September after interest rates started to climb amid an apparent shortage of bank reserves, using overnight cash injections known as “repo” operations.

Powell said the aim is to ensure reserves in the system remain above a floor of $1.5 trillion, while working on a plan to gradually reduce the Fed’s asset purchases. – Rappler.com