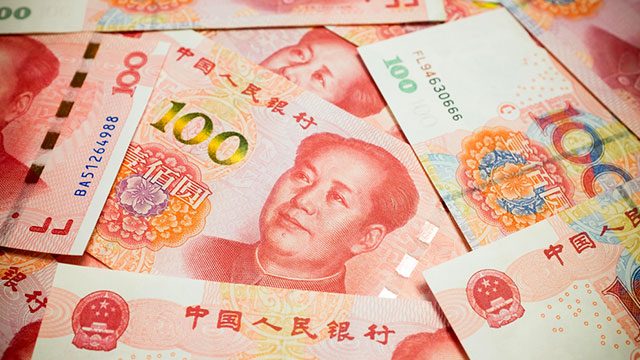 Facebook Twitter Copy URL
Copied
The People's Bank of China says it will maintain 'reasonable and abundant liquidity' in the banking system, as well as a stable currency market, during the novel coronavirus outbreak

BEIJING, China – China’s central bank said Sunday, February 2, it would pump 1.2 trillion yuan ($173 billion) into the economy as it ramps up support for a nationwide fight against a deadly virus that is expected to hit growth.

The People’s Bank of China (PBOC) said in a statement it would launch a 1.2-trillion-yuan reverse repurchase operation on Monday, February 3, to maintain “reasonable and abundant liquidity” in the banking system, as well as a stable currency market, during the epidemic.

It added that the overall liquidity of the banking system would be 900 billion yuan ($129 billion) more than in the same period last year.

The move will kick in on the day that China’s financial markets reopen, following an extended Spring Festival break.

The SARS-like virus, which originated from the central Chinese city of Wuhan, has now infected over 14,000 people in the country and claimed more than 300 lives.

The PBOC also announced measures Saturday, February 1, to step up monetary and credit support for enterprises which are helping in its fight against the virus, such as medical companies.

Authorities also relaxed tariffs on goods imported for use in the virus fight – including those from the United States, with which it has been engaged in a bruising trade war for around two years.

The move to inject liquidity into its financial system comes as authorities work to shore up confidence in an already slowing economy.

The China Securities Regulatory Commission said Sunday that “the epidemic’s impact on the market is short-term, and will not affect the longer-term trend,” reported the state-run People’s Daily.

But China’s travel and tourism sectors have already taken a hit over an unusually quiet Spring Festival break this year, with large-scale events canceled, public attractions closed, and people urged to stay home to help contain the outbreak.

China has advised its citizens to postpone trips abroad and canceled both overseas and domestic group tours.

Cinemas were made to close during what would otherwise have been a prime time for blockbuster releases.

Other countries have told their nationals to avoid travel to the country as well, with various airlines trimming their schedules. (READ: Cebu Pacific alerts fellow passengers of Philippines’ 2 nCoV cases)

Manufacturing has also been halted. Taiwanese tech giant Foxconn is keeping its factories in China closed until mid-February, allowing more local employees to delay their return after the new year break.

Tech giant Tencent was among companies telling staff to work at home until February 10.

China saw economic growth of 6.1% last year, the slowest in around 3 decades.

Analysts warn that this could weaken further if the spread of the mysterious pathogen goes on for an extended period.

Even a 10% drop in consumption would knock about 1.2 percentage points off gross domestic product, they warned. – Rappler.com