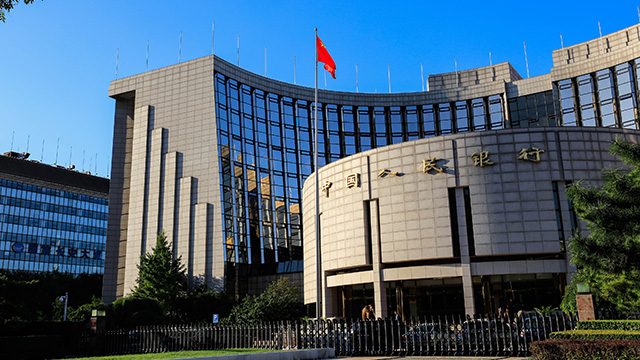 BEIJING, China – China on Thursday, February 20, announced it would cut interest rates in a bid to boost the economy, as it battles the economic fallout of the new coronavirus outbreak.

The reduction in the loan prime rate (LPR) – one of the preferential rates commercial banks give to their best customers and which serves as a reference for other lending rates – is the latest measure to help companies struggling through the epidemic.

The LPR, released on the 20th of every month, is based on rates of the central bank’s open market operations, especially medium-term lending facility rates.

The rate reduction comes as Beijing battles to control a virus epidemic that has infected more than 74,500 people in the country.

The outbreak is threatening to put a dent in the global economy, with China paralyzed by vast quarantine measures and major firms such as iPhone maker Apple and mining giant BHP warning it could damage bottom lines.

On Thursday, the commerce ministry told an online press briefing that the epidemic would have a large impact on short-term consumption, with the strongest hit to be felt in February.

But it said there was hope for consumer spending “to bottom out and stabilize in March,” said Wang Bin, deputy director of market operations at the ministry.

The central bank said earlier this month it would offer a 300-billion-yuan ($43-billion) boost to help businesses involved in fighting the epidemic.

Julian Evans-Pritchard of Capital Economics said the rate cut would “help companies weather the damage from the coronavirus at the margins.”

But he said the ability of firms to postpone loan repayments and access loans on preferential terms would be more important in the short term.

“We expect the People’s Bank to continue loosening monetary conditions in the coming weeks, especially given signs that the coronavirus disruptions have started to weigh on employment,” he said.

“But rate cuts alone will provide limited relief to the millions of small private firms that are suffering the most from the epidemic and are poorly served by the formal banking [sector].” (READ: Small businesses suffer in China as novel coronavirus shuts communities) – Rappler.com