BIR shuts down POGO for failing to pay P114-million taxes 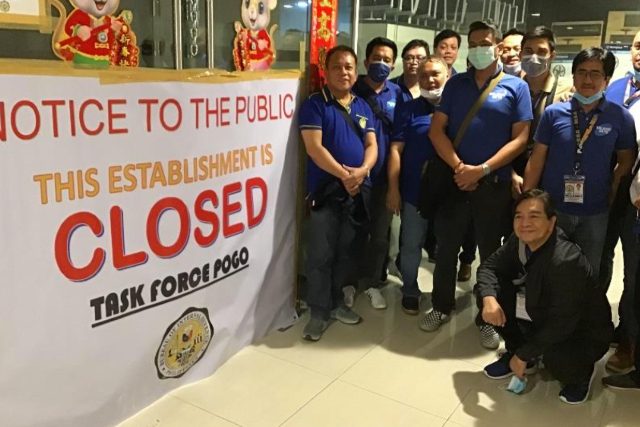 MANILA, Philippines – The Bureau of Internal Revenue (BIR) has shut down a Philippine Offshore Gaming Operator (POGO) for failing to pay over P114 million in taxes.

The BIR said in a statement on Friday, February 21, that it padlocked Synchronization Anywhere for You Incorporated (SAFYI) office in Pasay City – the first POGO firm to be shut down by the revenue agency for tax evasion as the government intensified its crackdown on tax-evading POGO firms and service providers.

BIR said SAFYI failed to pay the 5% franchise tax due on its gross gaming receipts for 2019.

Under Revenue Memorandum Circular 102-2017, the entire gross gaming revenue from gaming operations of franchise holders shall be subject to franchise tax of 5%, in lieu of all other national and local taxes.

In September 2018, Finance Secretary Carlos Dominguez III directed the BIR to close down POGOs that do not pay the correct taxes. By the end of 2019, BIR closed down at least POGO service providers owing the government millions of pesos.

POGO service providers are firms that provide various support such as the gaming software and other technical assistance.

China has called on the Philippines to close down POGOs, linking the industry to money laundering and kidnapping activities. But Philippine President Rodrigo Duterte justified continued POGO operations in the country, saying they are “perfectly legal” and that the country “needs“  them. – Rappler.com