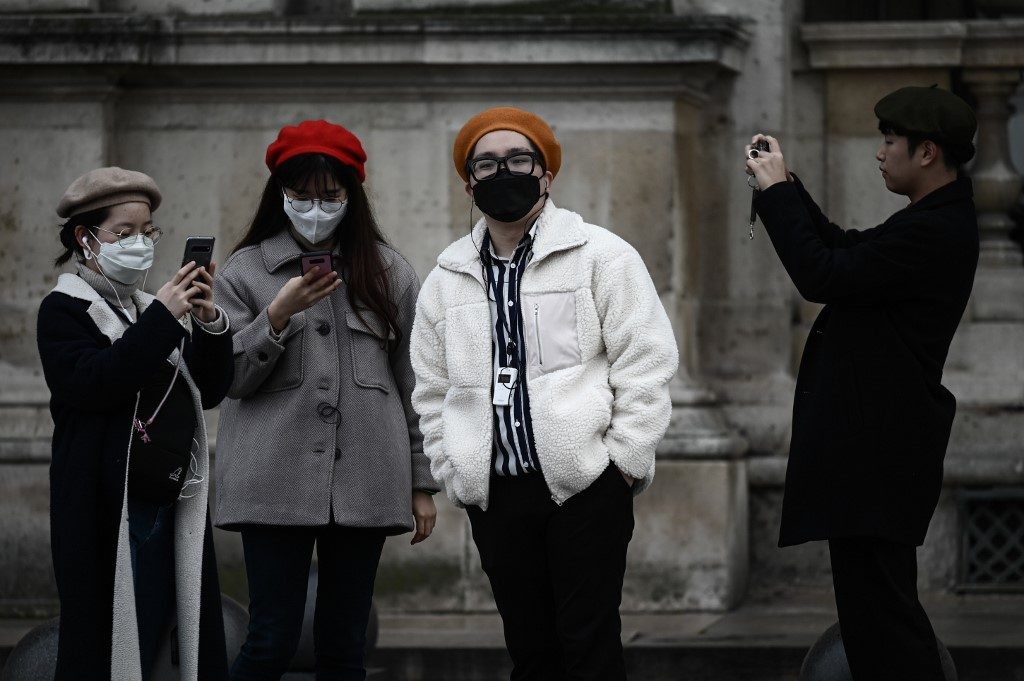 Facebook Twitter Copy URL
Copied
Among tourists, the Chinese are the 2nd biggest spenders in Paris. But tour groups are canceling left and right due to the novel coronavirus outbreak.

“For now, airline forecasts suggest a 60% drop in Chinese visitors for February, March, and April compared with the same period last year,” said Valerie Pecresse, president of the Ile-de-France region that encompasses the French capital.

“Yet Asian clients are absolutely crucial for us,” she said while presenting 2019 tourism figures for the region.

Around 950,000 Chinese visited Paris last year, making them the 5th largest source of tourists by nationality, according to the CRT regional tourism committee.

But they were the 2nd biggest spenders overall, shelling out one billion euros ($1.1 billion) on hotel rooms, restaurants, museum visits, and shopping sprees.

The GNC hotels association has already warned of a surge in cancellations by Chinese clients, especially by tour groups, whose cancellation rates reached 80% in January and nearly 100% for February.

Pecresse compared the current virus scare to the SARS outbreak, “which had a very strong impact on Asian tourist travel, with 300,000 fewer visitors in 2003 from 2002.”

If an epidemic is declared in other Asian countries or in Europe, “the situation would become even more alarming,” she said.

Last year, Paris and its surrounding region chalked up 50 million visitors, up slightly from 2018, while overall spending was stable at nearly 22 billion euros, the CRT said.

“The uncertainties linked to Brexit, the protests in France, the weaker economic climate in Europe, and global trade tensions dissuaded some groups, notably from Britain, China, and the Middle East,” it said. – Rappler.com