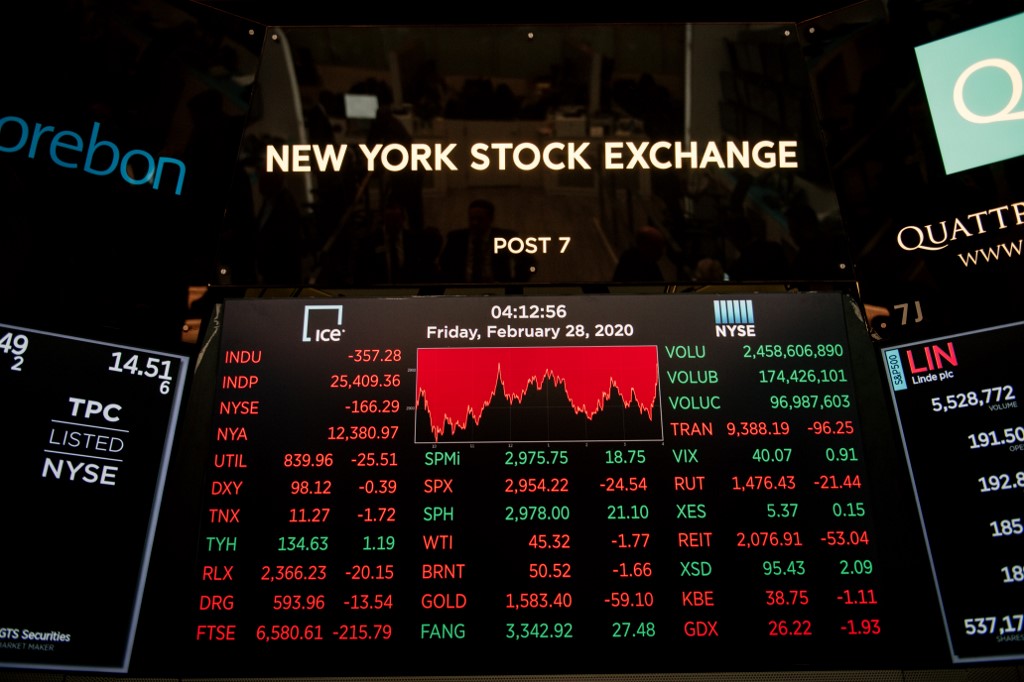 Frankfurt headed the losses in Europe, shedding almost 3.9% as the market closed.

But US indices cut their losses after Federal Reserve Chair Jerome Powell released a statement saying the US economy remains “strong” but vowing to “use our tools” to provide support if needed.

The markets in Shanghai, Sydney, and Tokyo all closed down 3%, while Jakarta shed more than 4%.

“The coronavirus outbreak has certainly hit businesses, and it might have a longer-than-expected negative impact on company earnings and global growth,” she added.

Meanwhile, the Japanese yen continue to benefit from its status as a haven investment in times of economic uncertainty, making solid gains against the dollar.

French Economy and Finance Minister Bruno Le Maire said the virus would be considered “a case of force majeure for companies,” meaning they would not be penalized if they failed to meet deadlines on public contracts.

The virus has now proliferated worldwide, emerging in every continent except Antarctica, and prompting governments and businesses to curb travel and public gatherings.

On Friday, Nigeria reported the first new coronavirus case in sub-Saharan Africa, as the World Health Organization warned against the “fatal mistake” of complacency. Iceland reported its first case too.

The Geneva International Motor Show was the latest major event to be canceled after Switzerland banned large gatherings.

The virus has killed more than 2,800 people and infected more than 84,000 since late December. – Rappler.com